On February 24, 2009, NASA’s Orbiting Carbon Observatory (OCO) sucessfully lifted off from Vandenberg Airforce Base aboard a Taurus XL rocket. It then plunged back through the atmosphere when the fairing failed to separate, preventing the satellite from boosting into its injection orbit. The satellite was intended to serve a critical function, measuring time-dependent distribution of carbon dioxide concentration in the atmosphere. Its data was anticipated to improve on that of  the currently available Japanese Ibuki spacecraft, which also monitors greenhouse gases but has more than a 100 times fewer observations during an orbit and limited ocean coverage, according to NASA. Therefore, in 2010, NASA was authorized to launch OCO-2. A near clone of the original OCO, OCO-2 provided a unique opportunity to the OCO team to incorporate their own lessons learned on new construction of the same system. Although lessons learned exercises can tend to become pro forma, this one was personal. “People have the battle scars to show the lessons they have learned,” said Mission Operations Systesm Engineer Patrick Guske, “and they’re getting to implement those changes now.” 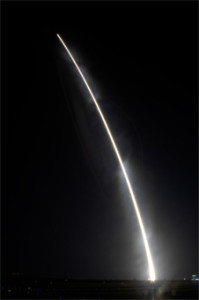 Orbital Sciences Corp., however, doesn’t seem to have learned the lesson. Owner and operator of the Taurus XL rocket, Orbital Sciences initially determined that the fairing’s failure to separate was due to a malfunctioning pressurized hot gas system and therefore switched to a cold gas separation system that has been successful on its Minotaur rocket. However, on March 4, 2011, NASA’s Glory satellite, designed to investigate the impact of atmospheric aerosols and solar variations on Earth’s climate, was destroyed after, once again, its Taurus XL fairing failed to separate. The combined cost of the lost OCO and Glory missions is $697. Until February 2012, NASA had continued to plan on a Taurus XL launch for OCO-2. However, Orbital Sciences’ inability to establish a reason for the separation failures finally proved to be a deal breaker. “We don’t have a root cause, so we just felt it was too high-risk to continue,” said Jim Norman, NASA’s director of launch services. A new contract request has been issued for the OCO-2 launch which will now be delayed until at least 2014. “There will be an impact to the original OCO-2 launch-readiness date of February 2013,” NASA reported in a press release. “However, we do not yet know how severe the impact will be.” Below is a record from mission control after discovery of the Glory fairing separation failure: