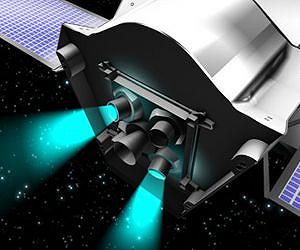 Boeing has begun work on a NASA contract to develop a mission concept study for solar electric propulsion technologies according to a press release. The four month, $600,000 contract was awarded by NASA in September 2011 to Boeing and four competitors. The concept is intended to demonstrate the potential and technology gaps in using solar powered ion propulsion to conduct space missions.

The study will be lead by Boeing’s advanced research unit, Phantom Works and will focus on demonstrating solar powered ion propulsion “technologies, capabilities, and infrastructure that required to affordably sustain a human presence in space,” according to the press release.

The video below demonstrates how a solar electric propulsion system could affect space mission architecture.