NASA provided $ 100,000 to the SpiderFab project in the framework of its Innovative Advanced Concepts program. The funding should allow in depth research to prove whether 3D printing presents a convenient technological solution for future space construction. Even though still in the realm of science fiction, the proponents of the idea believe that within the next decades spacecraft could build large space telescopes and space stations using 3D printers aboard cubesats. A test mission enabled by NASA funding might be launched within several years. 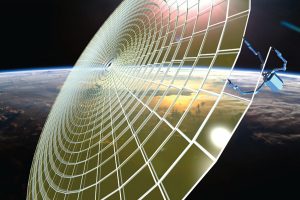 “We’d like someday to be able to have a spacecraft create itself entirely from scratch, but realistically that’s quite a ways out,” said Robert Hoyt, CEO and chief scientist of Tethers Unlimited Inc. The 3 D printing satellites might be able to use material from space debris or asteroids. Even if the material is transported from the Earth, the cost will be reduced considerably and creating structures up to 20 times larger than today will be possible.

Today the spacecraft design is determined by the size of the payload shroud and the need to withstand the extreme G load and mechanical shaking during launch. If manufactured directly in orbit, the microgravity design requirements would be prioritized and much lighter materials might be used. 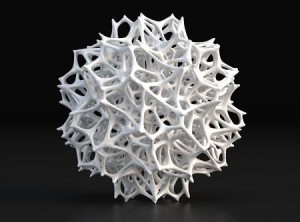 “The system could then morph in orbit into a very large system a dozen or hundreds of meters in size,” Hoyt told InnovationNewsDaily. “It would be like launching a CubeSat that creates a 50 meter-length boom.” Hoyt estimates that the space based 3D printers might be able to manufacture an orbital telescope in the size of ARICEBO – a 305 meter radio telescope in Puerto Rico. Another scenario foreseen is that of a space probe sent to a distant star or planet that only starts manufacturing the antennas and sensors once arriving at the destination. This way, the initial mass of the travelling spacecraft would have been reduced.

The 3D printing concept might build further on the Phoenix project of DARPA that plans to use parts of dead satellites to assemble new spacecraft. The SpiderFab project leaders foresee also extensive use of advanced robotics. “We’re also working on robot arm systems, so we’re hoping at some point to combine that project with our SpiderFab project,” Hoyt concluded.

The following video shows a timelapse of 3D printing of a space shuttle model:
[youtube http://www.youtube.com/watch?v=vK1Jvl8fcM4&w=420&h=315]