The Sun has been acting out this week, with a July 1 solar prominence followed by a July 3 M-class flare. Both events were captured by the recently de-mascotted Solar Dynamics Observatory. 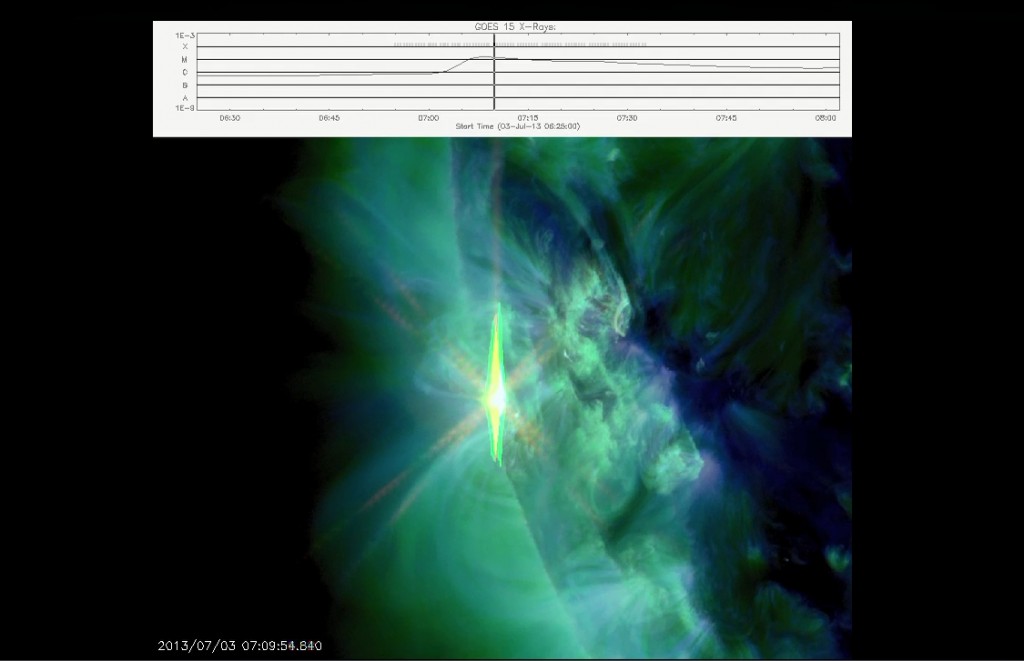 Wednesday’s flare came from sunspot AR1785, which has a 40% chance of producing further M-class flares over the coming days. The M-class flare produced a non-Earthward facing coronal mass ejection (CME) and was followed a few hours later by a weaker C-class flare, which was also not geoeffective. Monday’s solar prominence, while spectacular, also had no effect on Earth systems. 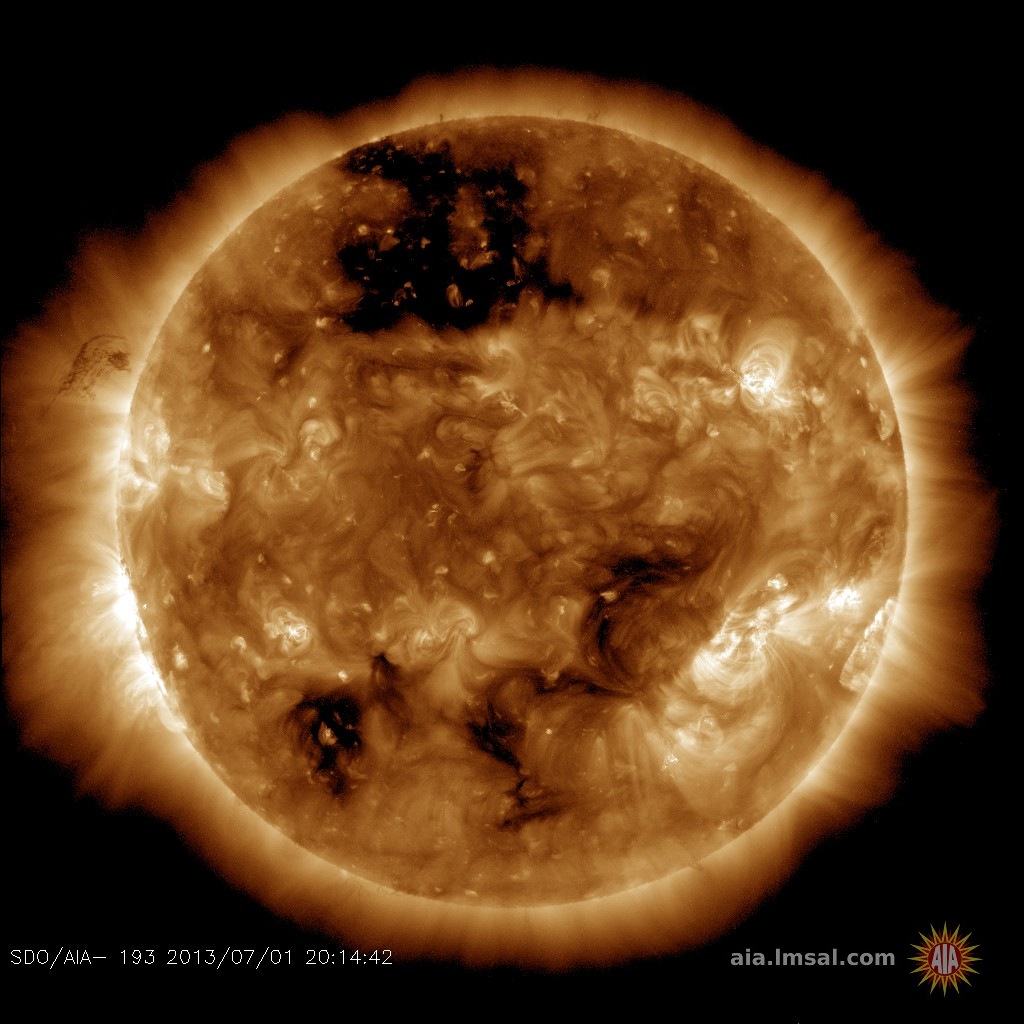 A massive coronal hole can be seen at the top of this solar image from SDO (Credits: NASA).

While it has been a relatively calm year for a solar max, with a sunspot number of 101, clearly our Sun has a little bit more showmanship to come.