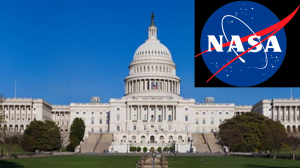 Recently, Space Safety Magazine ran an editorial entitled, Sequestration and Espionage: Public Loses Access to NASA, that opined about the recent investigations underway at two NASA centers regarding Chinese espionage and alleged export control violations, as well as NASA decisions to cut education outreach and conference attendance outside the US. This article, and others like it, is reacting without gathering the facts and looking at the situation from the strategic big picture. Let me provide clarification on a few discrepancies in that editorial and why the concerns of some in Congress and elsewhere are worth pursuing answers on, as well as show that the US is still collaborating and engaging in space exploration with international partners.

The editorial stated with regards to the export control issues at two NASA centers: “This is a disappointing and unexpected turn of events in the very year that reform to the onerous International Trafficking in Arms Regulation (ITAR) was finally issued, promising some relief to engineers and scientists trying to collaborate across borders to advance and improve space utilization…”

This is a misinformed statement. Space Export Control wasn’t reformed per se, as the law only gave the President authority again to move items from United States Munitions List (USML) to the Commerce Control List (CCL) following a review of Category XV and a few other reports Congress requires before items are moved to the dual use list.[i] Reform is still a work in progress. Many people, myself included, have been involved in this process for several years now and understand that this effort is far from over. Bigelow Aerospace’s Mike Gold recently stated at a COMSTAC meeting, “What we got with the legislative victory was not reform itself, but the opportunity for reform.”[ii]

The editorial stated: “The outcome is likely to be reduced collaboration, an increase in preventable mistakes and accidents, increased duplication of research, and a slower global rate of advancement. If ever there was a time for NASA and its legislative controllers to admit they can’t go it alone now would be that time.”

This also is an inaccurate statement. Collaboration will continue among NASA, universities, and other nations. Each agency, including NASA, has disclosure officers, and with export control violations at the two NASA Centers under investigation, it’s only prudent to check their documents and other items both for coverage of bases and also to enable Congress to have faith in the system again, especially after the NASA IG essentially told a Congressional committee, “nothing to see here,” and then someone of Chinese background is caught “fleeing to China” with a laptop and a SIM drive. I also don’t buy the “NASA can’t go it alone” statement. There are many other science and engineering databases that have shared info agreements with NASA and I would bet there are ways to get copies of reports from NASA at other places. To say that scientific collaboration isn’t happening shows a lack of understanding of the strategic picture of space science, education and operations at the national level. NASA isn’t the only federal entity that collaborates in space science and engineering. China and other nations are the focus areas of concern.

“NASA’s leadership position in world space endeavors has already been under attack in recent years due to its floundering strategic plan, lack of human spaceflight capability, shrinking budget, and string of mission cancellations. While other space agencies are becoming more collaborative to deal with economic constraints, NASA is becoming only more insular. Between sequestration, a steady tattoo of ’regular’ budget cuts, and nationalistic witch hunts, it is hard to see how the US space agency can hold onto the mantle of pioneering space exploration’s future for very much longer.”

This statement is only partially true. The real problem she should be writing about is in this phrase, “Floundering strategic plan, lack of human spaceflight capability, shrinking budget and mission cancellations.” That is worth being upset over and concerned. The rest of the paragraph has nothing really to do with the space export control and espionage issues. Other space agencies becoming more collaborative? I’m not sure where she is getting that. Most space agencies of any merit have always been engaged in the World Space Congresses and the other groups working implementation plans for Global Space Exploration Strategy among other things. Most space agencies have to collaborate to get their stuff in space as they don’t have the budget or the desire to build their own infrastructure and vehicles to launch with. Some are more service providers than operations and exploration agencies. NASA is still collaborating with other nations. They are not being “insular.” ISS is still in operation and in orbit, all 15+ nations are still sending people to JSC for training, science is still ongoing in orbit, probes are still making their way to the planets and beyond, astronauts are travelling the world at different control centers, Twitter tag-ups and other social media engagements continue, NASA TV is still broadcasting, so…to say they (NASA) are becoming insular is completely false. They have issues with security with China who, as my recent article in the Space Review states, creates concerns that are worth discussing at a strategic level before just opening up the cooperative flood gates given China’s record of strategic deception and espionage of space technologies.  To say that the public has lost access to NASA is simply not accurate.

Sequestration is more of an impact than whether or not NASA is engaging with China in the near term. The Department of Defense and State Department are engaging the Chinese in various ways regardless of NASA’s legal restrictions. I would hope that members of the space profession would take a more researched look into things before saying things that are inaccurate and inflame the situation.

[ii] Foust, Jeff. “The World Series of Export Control Reform is Yet to Come. SpacePolitics. 2013