As some of you probably saw on twitter last night, Russia Today ran a piece claiming that Russia was mulling a sales ban on the RD-180 rocket engine to the US (h/t Jeff Foust). For those of you not super-familiar with this engine, this is the LOX/RP-1 engine ULA uses on the first stage of their Atlas-V EELVs. The RD-180 is a pretty rock-star engine with a two combustion chamber, LOX-rich staged-combustion cycle and an eye-popping 311s SL Isp, that was derived from the four-chamber RD-170 engine used on the Zenit launch vehicles.

I’ll skip over a lot of the rest of the details, as Jeff’s Space Politics article and the RT article provide a lot more detail than I’d like to go into. It’s important to note is that this is still just a rumor that has yet to be corroborated by an independent source, and that even if it is true, ULA and P&W have enough of a stockpile that this won’t impact Atlas-V launches for at least another 2-3yrs.

That said, when I saw this article, it reminded me of one of the more mocked and derided parts of Obama’s NASA FY11 Budget Request, the proposed Heavy Lift Propulsion R&D effort, and the opportunity we lost by not pursuing the proposed FY11 strategy.

My Take on the Philosophy Behind the NASA FY11 Budget Request

When the Obama Administration released their FY11 Budget Request for NASA, it seemed to catch a lot of people off-guard, though my surprise was more that it seemed like the Obama administration had been reading my emails… I can’t state this for 100% certainty, and I won’t go into why I think this is the case, but I’m pretty sure I know what the actual logic was behind this and several of the other controversial elements in the FY11 budget proposal that took so many people by surprise.

Basically, I would summarize what I think was the core philosophy behind the FY11 budget request trying to dramatically increase NASA’s bang for the buck. By early 2010, it was clear that the massive increases in NASA’s budget necessary to do cool things using status quo approaches just weren’t politically realistic. So, the only way to give NASA a chance to do increasingly exciting and relevant things was to change the status quo and find some way to dramatically increase the bang-for-the-buck of NASA human spaceflight. The strategy taken in the FY11 budget to achieve this goal was to:

The HLV Propulsion R&D effort was an example of strategy elements #2 and 3 above. 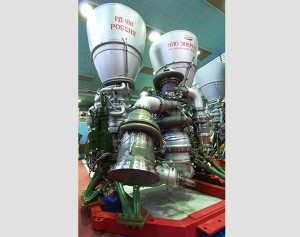 Basically, if the cryogenic propellant depot, commercial crew, and advanced in-space propulsion investments panned out, a big new HLV would not be the most affordable/effective way to do manned space exploration and development. But if one or more of those either didn’t pan out, or was only marginal, some level of heavier lift than Delta-IVH might still be useful. In order to have a backup plan that could still enable exploration if the main technology bets didn’t pan out, the Obama Administration had proposed to focus significant funding between FY11-15 on developing a high-performance US LOX/Hydrocarbon engine–something as capable or better than the RD-180, and much more affordable than could have been done with status quo experience in LOX/Hydrocarbon engine technology at the time. That way, if it turned out down the road that some form of HLV really was the best way to do the launches for manned space exploration, we would now have an engine ready, and could incorporate it into whatever sized HLV made the most sense based on which of the various technologies bets panned out. For instance, from my recollections of talking with Jeff Greason at the time, what he meant by an “HLV” was actually something in the 40-50mT range with a large, high performance LOX/LH2 upper stage. Something like an Atlas V Phase 2 with an ACES upper stage would have fit the bill. An engine like the one the Obama administration proposed funding in the FY11 budget would have enabled anything from a vehicle that small all the way up to something Saturn-V class, without having to carry the full burdened cost of maintaining the Shuttle standing army–only the NASA-unique elements.

This expenditure would also have the benefit of keeping some key pieces of NASA infrastructure that would be hard to replace if we allowed them to be lost. As I think Jeff Greason pointed out (not sure if it was during the A-com or later), there is a lot of NASA infrastructure that would be hard if not impossible to replace these days due to the EPA. Things like the test stands at Stennis, the VAB, a lot of the pads at KSC, etc. We might not actually need them, but if we let them go and turn out to need them, we’re hosed. So picking some small projects like this and the 21st Century Launch Complex to try and keep the core NASA-unique and irreplaceable infrastructure viable in case we did need it down the road, seemed liked a good way to hedge bets.

And What if We Win?

Lastly, this expenditure would’ve been a good example of strategy point #3. Even if all of the other technologies panned out well, an investment in advanced HLV propulsion R&D wouldn’t have been a waste, and would likely have still been useful to the US space industry. An affordable US alternative to the RD-180 could be useful to US commercial, military, and civilian launch applications. If NASA didn’t need it for their HLV, ULA for instance could potentially incorporate it into their Atlas V to enable some consolidation of capabilities. While the engine likely wouldn’t have been as cheap as RD-180 (which apparently the Russians have accidentally been selling to us below their manufacturing costs), the savings from going to an Atlas V Phase 2 route which would eliminate the need for strapon boosters, might more than make up for it. Also, if NASA did decide it legitimately needed to build some sort of NASA-specific booster, a lot of the industrial base for that booster would’ve been shared by commercial, DoD, and NASA unmanned launches using that engine. Instead of needing to maintain several additional industrial bases that only NASA pays for.

But unfortunately, because NASA wasn’t building an HLV right now, this was labeled as a delaying tactic, and “studying how to build an HLV”. I guess it was just hard for many Apollo-nostalgics to admit that NASA is about more than designing, building, and launching big unaffordable rockets, and that in the budget environment NASA is likely to be in for the foreseeable future, that NASA was more likely to be able to increase its bang-for-the-buck enough to do interesting things in its existing budget by focusing its investments on something other than big rockets.

Bringing this back to the original rumor, it’s kind of sad to realize that we have a potential threat of having one of our workhorse rockets being put out of commission because rocket scientists in the Congress decided that building a huge HLV using legacy hardware and retaining legacy fixed costs, which we won’t be able to afford to use very much, and can’t afford to develop payloads for, was more important than improving our US space industry’s technological capabilities.