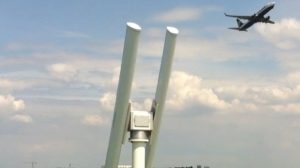 Bird strike, when an airplane flies into one or more birds mid-flight, has been a significant threat to flight safety for a long time. According to the US Federal Aviation Administration, bird strikes have killed more than 231 people and destroyed over 220 aircraft worldwide since 1988. A famous case of bird strike took place in 2009 when a US Airways flight ran into a whole flock of geese over New York City, killing all the aircraft’s engines and prompting a belly flop in the Hudson River. ESA’s FlySafe project promises to enhance current bird strike avoidance capability by providing accurate modeling of current and future of bird migration.

ESA kickstarted FlySafe in 2007 in partnership with the Dutch, Belgian, French and German Air Forces and in cooperation with industry and research institutes from several European countries. The project combines  weather and environmental data from Earth-observing satellites,  individual bird tracking from space, and  local migration information from ground radar. The data is integrated using technology developed by Dutch company Robin Radar Systems. Robin Radar Systems has been selling this technology, developed with support of FlySafe, as an operational bird-warning service since 2010.

“Air forces use the system in combination with their surveillance radars for en route bird strike prevention, during low-flying exercises, for example,” said Siete Hamminga, Robin Radar Systems CEO. “With their long-range detection, these systems can scan hundreds of kilometers around. When a bird strike risk through high migration densities is identified, it is relatively easy for air forces to postpone flights or bring them in.”

Robin Radar Systems has been expanding rapidly as a result of the project, and FlySafe may soon be more widely available. Such a tool can be expected to reduce environmental effects of wind farms on bird population in addition to its obvious benefits for aviation.

Below, a diagram of the information flow within FlySafe: 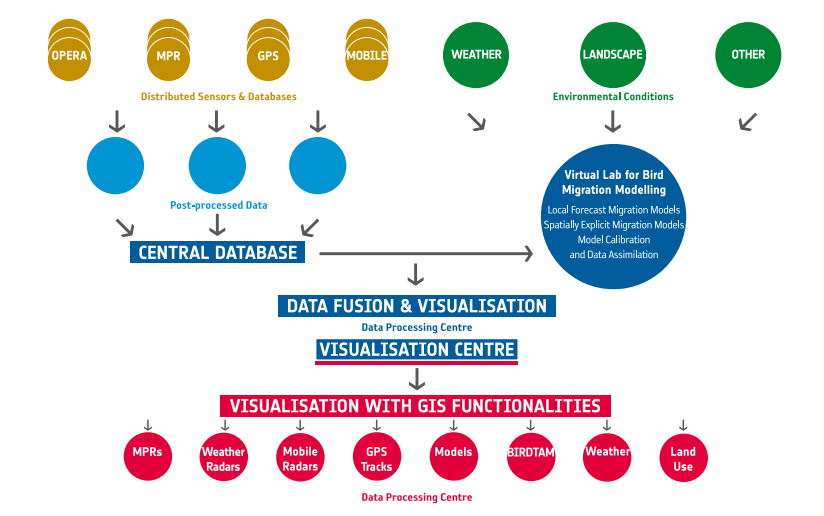 The information flow within the FlySafe system (Credits: ESA).