It doesn’t actually resemble any scene from Harry Potter. The invisible cloak proposed by French scientists makes objects virtually invisible for the sources of heat. In the report published in Optical Society’s open-access journal Optics Express, the team from University of Aix-Marseille and France’s Centre National de la Recherche Scientifique (CRNS) describes, how they used recent methods in transformation optics to modify propagation of heat. 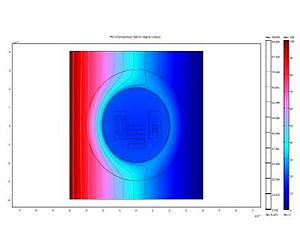 The figure shows that an object in the center of the cloak stays cold, while the heat diffuses elsewhere. The source of the heat is on the left-hand side (Credits: CNRS/AMU).

Where the invisible cloaks work with changing trajectories of waves, the thermal protection cloaks expand these principles to change heat diffusion patterns. As Sebastien Guenneau, the research team representative explains the “key goal with this research was to control the way heat diffuses in a manner similar to those that have already been achieved for waves, such as light waves or sound waves.”

Under normal circumstances, the heat flows from a hot region to a cold one. The extent of the heat flux through any region in space is represented by the distance between the isotherms which represent concentric rings. The French research team managed to alter the geometry of these isotherms to make them avoid certain regions. “We can design a cloak so that heat diffuses around an invisibility region, which is then protected from heat. Or we can force heat to concentrate in a small volume, which will then heat up very rapidly,” Sebastien Guenneau continues his explanation. 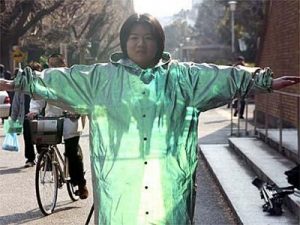 Invisibility cloaks used to belong exclusively into the sphere of fairy tails. Current advances in transformation optics bring them into the sphere of reality. Similar methodology could be used for cooling (Credits: Toyama Prefectural University).

The given characteristics appear to be more than desirable for a rather wide range of applications. Nanoelectronic and microelectronic devices, semiconductor industries, computers or spacecraft all face the challenge how to manage overheating. As heat management in space is rather difficult due to a complete lack of atmosphere, the thermal cloaks might help to cut the costs on thermal protection considerably. So far the only way how to maintain the temperature of satellites balanced is radiation of excessive heat and isolation.

The research team from University of Aix-Marseille  and CRNS is currently working on developing the first application. The results are awaited to come within months and shall serve to cool microelectronics.

The video below explains the principles of photo thermal shielding.
[youtube http://www.youtube.com/watch?v=N6SnvRzNCpo]