Apart from providing a unique space analogue setting, the Sardinian caves where ESA’s 2012 caving adventure took place, revealed an entirely new species of woodlouse. As described at ESA’s website at the end of November, the strange looking crustaceans were spotted in a small underground pond. 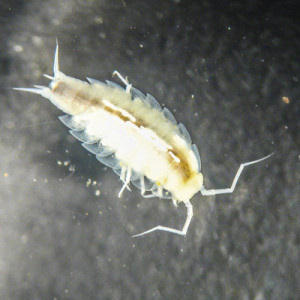 Woodlice found in an underground pond during Caves 2012 are a brand new species (Credits: ESA)

To lure the creatures, the participating astronauts set bait around the water area. ESA astronaut Andreas Mogensen gives details: “We set four lures in pre-defined areas and had two mobile baits that we placed in areas of interest.” As the caving training program lasted far less than usual biological sampling programs do, the baits developed needed to be extremely efficient. Paolo Marcia, the biological sampling program developer, shares his secret: “I created really stinky bait made of liver and rotten cheese.” Some of the captured specimen where then drowned in alcohol and taken above ground. What are the newly discovered woodlice all about? Only 8 mm in length, they strongly resemble the terrestrial woodlice. These isopods, akin to crabs, shrimps or lobsters, are one of the few species of crustaceans fully adapted to live on land. The new type, found by the astronauts, is fully aquatic though. 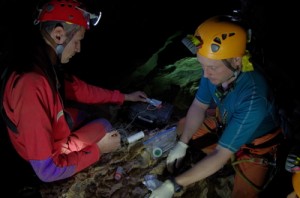 “This is an important discovery because the few aquatic woodlice we know of were thought to be primitive forms from which terrestrial woodlice had evolved. Now it is clear that these animals have evolved to live in water again,” explains isopod specialist Stefano Taiti. “It also confirms the theory that evolution is not a one-way process but that species can evolve to live in previously forgotten habitats,” he concludes. The Caves project therefore earns its prestige as something more than just a space analogue on Earth.

Learn more about the Caves 2012 project in the following video: