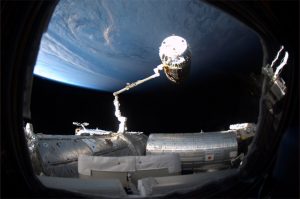 Todor Colakov for Space Safety Magazine: On January 13, Japan Aerospace Exploration Agency (JAXA) revealed that a virus that had earlier been identified on a computer used in development of the H-2A Transfer Vehicle resulted in a leak of technical specifications and operations data between July 6 and August 11, 2011. The perpetrator and rationale for the attack is still under investigation. Cyber attacks are becoming of increasing concern within the space arena. JAXA experienced a prior attack on the same computer earlier in 2011. In 2008, a laptop aboard ISS was found to be infected with a virus targeting online gamer passwords, likely a generic rather than a targeted attack. Of more concern was a 2007-2008 string of hacking attempts against NASA’s Landsat-7 and Terra AM-1 satellites. Although no suspect commands were sent to the satellites in that incident, the perpetrator “achieved all steps required to command,” according to NASA, and has still not been identified. Cyber-security has become an important topic for space operations. Hardware requirements to hack a satellite used to be a limiting factor, since a large ground segment investment was necessary before attempting such an attack. The ubiquity of Internet access has changed this: nowadays, one needn’t own a large antenna, just know how to hack into one. Every important space center is connected to the Internet. An Internet connection can be used not just for transmission of scientific data, but also as a doorway for hackers. The H-2A Transfer Vehicle, which may have been the subject of the latest attack, is a resupply vessel for the Kibo Japanese Experiment Module on the ISS. Since the retirement of NASA’s Space Shuttle, the transfer vehicle is the only vehicle that can deliver International Standard Payload Racks, used to standardize research equipment for the many experiments aboard ISS. Unlike the Progress cargo vessel, the H-2A requires manual rather than automated docking, a significantly more effort and time intensive process. The next transfer vehicle launch to ISS, originally scheduled for January 20, has been delayed due to weather to no earlier than January 22.