The chief of the Russian Space Agency (Roscosmos) Vladimir Popovkin probably hasn’t had the best month of his life. After the August 6 Proton failure caused a loss of two telecommunication satellites, he might feel his position has become shaky. He survived the Phobos Grunt fiasco in November 2011 and a previous Proton launch failure just one year ago.  However, his predecessor Anatoly Perminov was forced to resign following a string of similar events. Criticized for not enforcing necessary pre-launch safety procedures and overlooking a mistake in calculations that led to a loss of three Glonass satellites after a failed Proton launch in November 2010, Perimenov was replaced by Popovkin in April 2011. Since then, it has become clear that the problems of Russian spaceflight have much deeper roots. 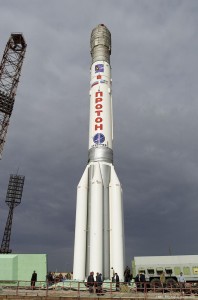 The most recent of the series of Russian mishaps occurred on August 6, 2012 when a part of a Proton rocket’s Breeze-M upper stage shut down after only 7 seconds instead of the planned 18 minutes. The glitch in the upper stage designed to carry the two telecommunication satellites (Indonesia’s Telkom-3 and Russia’s Express-MD2) to their transfer orbit resulted in the spacecraft ending up in completely useless positions. The investigation showed that a clogged fuel pipe caused the failure. Speaking shortly after the mishap, the Russian Prime Minister Dmitry Medvedev expressed his disappointment about the state of the country’s once cutting edge space industry. “We are losing our authority and billions of rubles, we cannot stand this any longer,” he said. Following Medvedev’s criticism, Vladimir Nesterov, the head of the Russian Khrunichev State Research and Production Space Centre, resigned. It is the Khrunichev Center that produces the troubled Proton launchers. 63 year-old Nesterov might not be the only one forced to leave. The Deputy Prime Minister Dmitry Rogozin expressed his belief that the aging management and the lack of fresh talent are to blame for the unfortunate series of disasters. “As long as our youngest director of Roskosmos’ manufacturers is 62, Mars rovers will only be a dream and Phobos (spacecraft) will fall to the ground,” Rogozin said on Twitter. 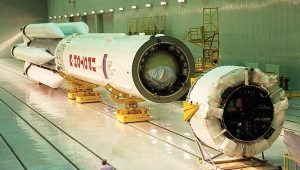 How the Russian space industry will handle these issues when the country faces years of brain drain and budgetary constraints is not clear. Dimitry Medvedev requires that Roscosmos chief Popovkin proposes measures to improve industrial quality control and reorganizes the agency, giving him until the middle of September to come up with the changes. Upcoming Proton-M launches are suspended until the final conclusions of the investigation are known. The launcher is offered to the commercial telecommunication satellite companies through the International Launch Services. It, together with the Arianespace’s Ariane 5, is the key vehicle to bring commercial satellites to orbit. Any extended grounding of either of these would affect many commercial satellite operators. Since the previous failure in August 2011, Proton performed 11 consecutive successful flights. Last year it took only four weeks for the vehicle to return to operation. According to Roscosmos, the failed carrier together with the two telecommunication satellites was trapped in an irregular orbit. This large piece of space debris is constantly monitored by the Russian as well as US centers and should not pose any substantial danger to other orbiting spacecraft including the International Space Station. The TV report bellow summarizes the recent Proton failure. [youtube http://www.youtube.com/watch?v=JRfYxj7uAkE]