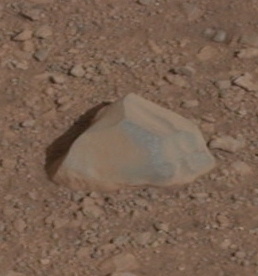 On August 19, the Mars Science Laboratory Curiosity took its laser out for a spin. Pulsing the basalt first called N165 then renamed Coronation to generate an ionized plasma for analysis, Curiosity elicited a quick response: “Um, @MarsCuriosity, what are you…. hey! … HEY!” It turns out Curiosity isn’t the only Martian critter sporting a Twitter account. Coronation started ruminating on the beauty of Gale Crater August 18 before narrating its ultimately painful encounter with Curiosity’s quest for information. Not to fear, before long @N165Mars was reporting “It’s just a flesh wound!” although Coronation doesn’t seem anxious to repeat the experience. “Somehow it helps, know it was all for science. But I still think I’ll stay away from @MarsCuriosity from now on,” reported Coronation, “#ouch” 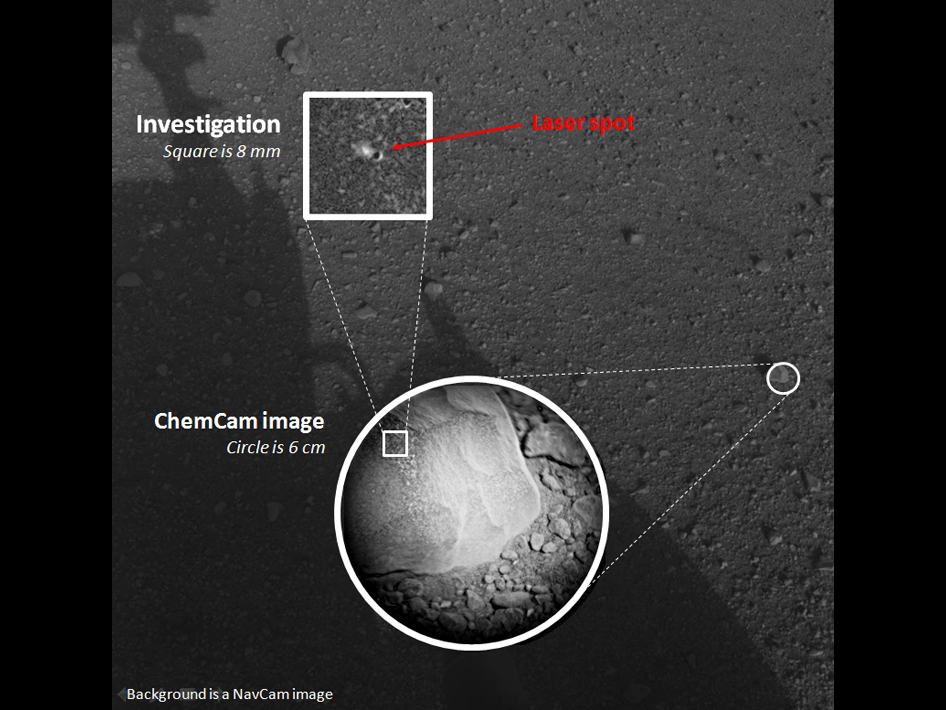 This composite image, with magnified insets, depicts the first laser test by the Chemistry and Camera, or ChemCam, instrument aboard NASA’s Curiosity Mars rover. The composite incorporates a Navigation Camera image taken prior to the test, with insets taken by the camera in ChemCam. The circular insert highlights the rock before the laser test. The square inset is further magnified and processed to show the difference between images taken before and after the laser interrogation of the rock (Credits: NASA).