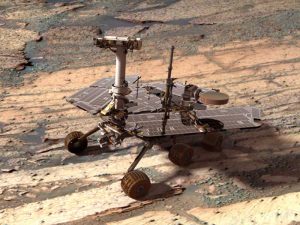 A well known constraint of robotic exploration is the speed at which robotic rovers travel. That is, they travel very slowly. A case in point is the Mars laboratory Curiosity. Since its landing in August 2012, Curiosity has travelled just 0.7 km. But one thing you can say for robots: they sure don’t give up.

Until May 16, 2013, the US record for furthest off-planet ground traversal was held by the Apollo 17 moonwalkers Gene Cernan and Harrison Schmidt whose Lunar Roving Vehicle carried them 35.74 km over the Moon’s surface in 1972. That record was beaten last week by the dogged Martian rover Opportunity. Now in its 9th year of operations, Opportunity hit 35.76 km, and is still going.

That means Opportunity can next work on achieving the world record for extraterrestrial driving. There is still the Soviet Lunokhod 2 to beat. That vessel put in 37 km when it landed on the Moon on 1973.

For some more off-planet driving stats, check out this infographic from NASA: 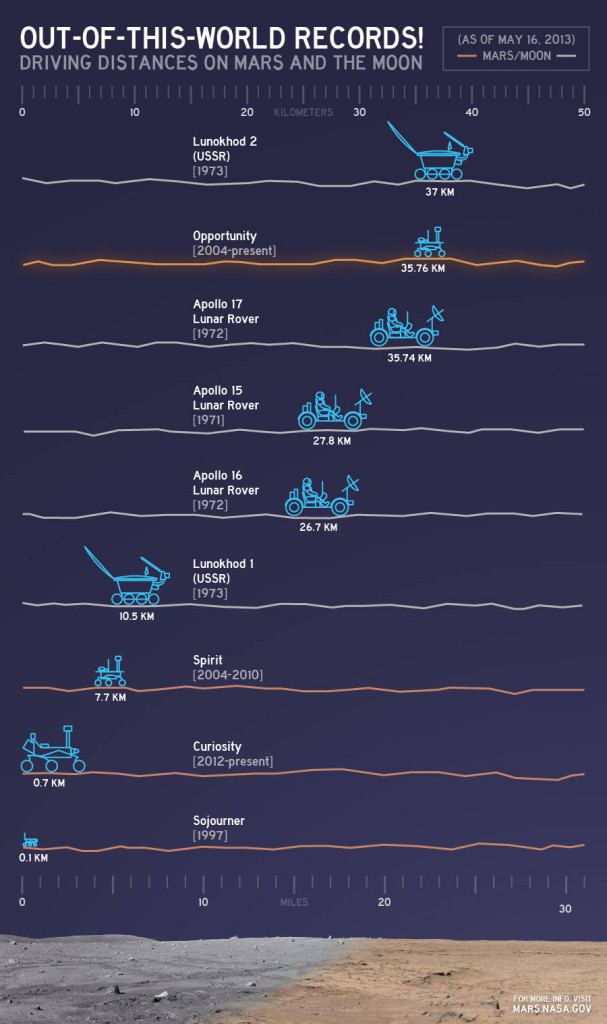