The low Earth orbit is heavily polluted by man made debris (Credits: NASA).

After 50 years of human space activities, the space around Earth has become somewhat like a dump site. Low Earth Orbit is crowded with pieces of defunct satellites, spent rocket stages and fragments from collisions and explosions. Space agencies worldwide are starting to take this issue seriously; yet,  it seems it’s still not enough.

NASA, whose anti-debris activities dates back to 1995, has recently received a recommendation from US National Research Council (NRC). A committee, formed by NRC together with the Office of Science and Technology Policy and the Office of management and Budget, pointed out that NASA should refine its meteoroid and orbital debris programs (MMOD) in order to ensure their success. MMOD is focused on assessing risks of spacecraft collision with orbital junk, as well as increasing protection against possible impact. 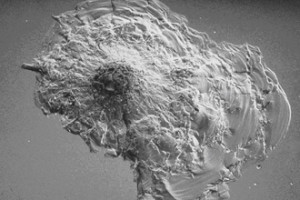 The committee stated that MMOD needs to optimize the utilization of financial resources. To achieve this goal, NASA needs to work up a strategic plan that allows to prioritize, expand and allocate the program’s funds. The plan should focus on research needs as well as management issues, and must include both short and long term objectives.

According to the committee, greater emphasis has to be placed on quantifying risk from meteoroid and orbital debris that are too small to be catalogued, but big enough to affect the performance of a spacecraft on orbit. As extensive international cooperation may be needed for future debris removal, the MMOD programs should engage with the NASA General Counsel’s Office and the U.S. State Department.

Only two months ago, NRC announced that the amount of orbital debris reached  a tipping point for collisions which would in turn create even more space junk, a process known as Kessler Syndrome.