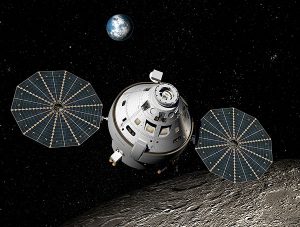 The Moon mission, which would utilize the 70 metric ton version of the SLS combined with a Boeing Delta 4 upper stage, would accelerate by five years the plans for the first human flight of Orion-MPCV. Laurence Price, Lockheed Martin’s Orion deputy program manager, said that the company is adapting the test scenarios to the SLS: “We already know a lot about this vehicle, its environment, load conditions and trajectory. So we are accommodating the unique capability of the launch vehicle into the design of the Orion/MPCV. We are already converging on how this vehicle will fly.” 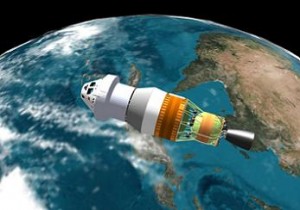 NASA is already planning a unpiloted mission for 2013. The flight will take the Orion capsule up to an high Earth orbit, in order to test a step, high velocity reentry and verify the heat shield performance, the parachute deployment, and the descent and recovery operations. Lockheed Martin has already reserved a Delta 4 Heavy for this purpose. Later in 2014, a test for the Orion/MPCV’s Launch Abort System would follow. Launched from Kennedy Space Center on top of a Peacekeeper missile first-stage solid-fuel rocket motor, the capsule will reach a altitude of 15,000 m, allowing a test of the abort system guidance and navigation at maximum aerodynamic pressure. The abort system has already been tested successfully in a launch pad abort scenario in May 2010. Lockheed Martin would like then to proceed to a human mission to Lunar Orbit in 2016, following integration of testing results of the capsule with those of the SLS: “We are trying to collaborate with SLS,” said Price, “We are trying to find benefits for each to the maximum extent possible.”