German company Jena-Optronik and UK based ABSL are currently developing a new generation light detection and ranging (LIDAR) instrument  for the European Space Agency. The shoebox sized instrument is designed to create a 3D image that would build up a complete picture of landing targets such as a boulder-strewn planetary surface. 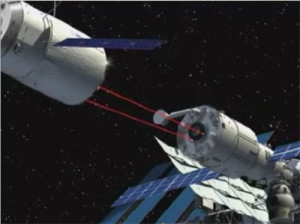 Laser ranging is already used for docking in orbit by ESA’s ATV cargo. The spacecraft sends a laser beam which is reflected by the ISS and bounces back. The distance between the two vehicles can be measured within centimeters.

The new device should be able to improve this technology to such extent that it would allow not only a spectroscopic imagery but would also function in total darkness or extreme light. As ESA’s project supervisor Joao Pereira Do Carmo explains, the 3D imaging lidar has three potential applications: “The first is for the guidance, navigation and control of planetary landers, in particular in selecting a safe landing site. The second is for steering rovers on planetary surfaces, and the third is for docking in planetary orbit.” All three functions would be crucial, for example, for a potential Mars sample return mission, when the ascent module with material from the Martian surface will have to be tracked and captured by the spacecraft waiting in orbit 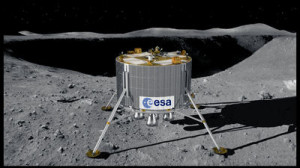 The ESA’s lunar lander will use the lidar landing technology in 2018 (Credits: ESA TV)

Under Earthly conditions lidar is already being used for scanning buildings and industrial sites. The problem is that the current devices are too large to be used in space.  “The challenge is to produce a new class of imaging lidar, much smaller and needing less power,” says Do Carmo.

The Imaging Lidar Technology project was supported through ESA’s Basic Technology Research Programme aimed at prototyping promising new engineering concepts. The first landing lidar is now being designed for ESA’a lunar lander which is supposed to land at Moon’s North Pole in 2018.