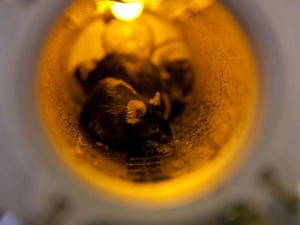 Most of the mice in the Bion M1 space capsule perished during the flight (Credits: Institute of Biomedical Problems of the Russian Academy of Sciences).

The Russian Space zoo capsule Bion M1 landed in early morning on Sunday, May 19, near Orenburg, Southern Russia, about 750 kilometers southeast of Moscow. Even though the reentry and landing had proceeded more or less as planned, it was reported that all 8 Mongolian gerbils and most of the 45 mice present onboard the capsule were found dead. Russian news agency Ria Novosti reported that the loss of the animals was due to equipment failure. Also perished were all fish onboard German-sponsored Omegahab. The information was revealed by Evgeni Il’in, the chief scientist at Russia’s Institute of Medical and Biological Problems.

The fact that the rescue teams managed to locate and retrieve the capsule promptly was of no help. The failure is believed to have taken place earlier during the flight. Separation of the service module from the spacecraft before landing and subsequent switch from solar power to batteries was carried out without any glitches. The batteries contained enough power to supply the module and its crew for up to 24 hours after landing. 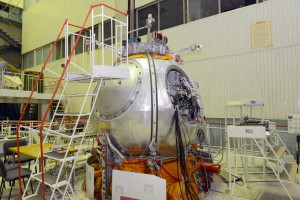 It was reported that in an experiment containing 15 mice, the food supply system had failed soon after launch. Other technical failures in various units resulted in only 6 out of the 45 mice on board surviving the entire voyage. The geckos were luckier and managed to return to Earth alive, as did all other examined organisms. Evgeni Il’in said the expected mortality of animals during the flight was below 5 %. The actual figure, at least in case of the Bion mammals, is about 75 %.

What exactly killed the gerbils is currently being investigated. At some point, the flight control system turned off power in the entire unit, stopping oxygen supply, food dispensation, light, and ventilation. A special commission will be established to investigate the failure. The surviving creatures were later transported to Moscow for further evaluation in the Institute of Medical and Biological Problems.  Eventually, they all will be euthanized.

The outcome of the mission is probably not completely satisfying for the whole team that, apart from Russian scientists, included researchers from the USA, France, Germany, Ukraine, and Kazakhstan. Bion M1 was the longest mission ever flown that contained living organisms. The participating scientific teams hoped to gather data regarding the effects long-term exposure to the space environment has on living organism.

The mission, launched on April 19, was a continuation of the legacy of Soviet biological satellites that was stopped in the mid 1990s. In the near future, Russia plans to conduct further biological missions that should orbit deeper in space than the current Bion M1.

Reportage of a Russian TV station from the landing site.