While the international debate about space debris mitigation is getting ever more intense, one might wonder whether all the cubesats, constellations, or communication satellites newly launched or planned are really needed. Are all the existing capacities necessary and fully utilized? New concerns might arise after the revelations, made by the U.S. Defense Information Systems Agency (DISA) representative Cindy Moran at the Global Milsatcom Conference on November 28, were reported by Space News. 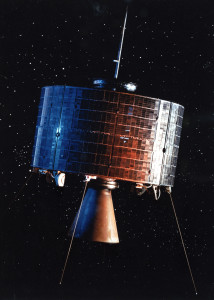 According to Moran, out of the $ 1 billion commercial satellite capacity purchased by the U.S. Government every year, only 3-5 % on average is used on a daily basis. “It’s like buying a Smartphone, with a contract, and then never turning it on!” said Moran, the director of network services at DISA. Especially the American tax payers probably won’t be particularly happy upon hearing such news.

While the unpredictable nature of military usage of satellite telecommunication services is definitely one part of the problem, additional responsibility for the incredible waste of satellite bandwidth lies on nothing else but poor management. “I don’t get to reallocate across the spectrum if the customer that is ostensibly using it is not using it,” Moran said. “I am buying at the commercial tariff rate.”

The U.S. Government, and the Department of Defense in particular, is the world’s largest customer for short-term leases of commercial satellite capacity. As Moran explains, various governmental users don’t coordinate with each other when it comes to sharing the purchased satellite bandwidth capacity. Moran fears that such inefficiency, together with other blunders, might affect the future willingness of the U.S. Congress to increase funding. “Having satellites in orbit and ready to operate well before the associated ground infrastructure is ready does not give us a whole lot of credibility when we go back to them to ask for additional funding for satellite capacity,” she said. 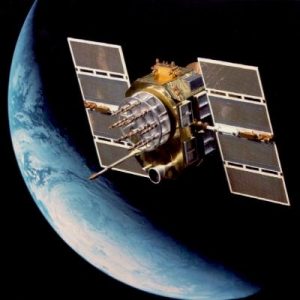 The Department of Defense of the US Government is the biggest customer in the field of leased satellite communications services (Credits: USAF Research Laboratory).

Moran believes that changes proposed recently by DISA regarding the procedures for satellite capacity purchases might help tackle the problem. The new procurement tool, called the Future Commercial Satellite Communications Services Acquisition (FCSA), opens the system to new players allowing greater competition and quicker access to emerging technologies. The main drawback of the new arrangement is increased length of contract negotiating and making satellite capacity available. Also the move to the Internet Protocol planned by DISA is expected to improve the situation.