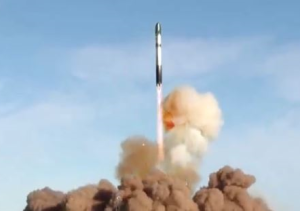 D-Orbit payload was launched on November 21, 2013, from Yasny Cosmodrome aboard a Dnepr rocket (Credits: D-Orbit).

Last year, Space Safety Magazine spoke with Luca Rossettini, CEO of D-Orbit, an Italian start-up that is proposing an innovative solution to dispose of satellites at their end-of-life. At that time, D-Orbit was testing some of the core technologies of its deorbiting module, a standard device that could be attached to satellites in order to guarantee reentry into the atmosphere or injection into graveyard orbit. One year later, D-Orbit has become one of the most innovative and promising start-ups worldwide, earning many awards and recognitions.

On November 21, 2013, the Italian company launched the “brain” of the future deorbiting devices aboard a Ukrainian-Russian Dnepr rocket from Yasny Cosmodrome, in Oremburg region, Russia, to test its reliability in operational conditions. For this launch, D-Orbit developed Elisa-2, a payload that was hosted on UNISAT-5, a 28-kg microsatellite-class spacecraft that acted as a platform for the release of smaller satellites in orbit.

Initially, D-Orbit planned the launch of Alice-2 for the beginning of 2014, however, when UNISAT-5 opportunity came out, D-Orbit was forced to rush the development of the payload. Nevertheless, it was delivered on time and equipped with one of the most critical systems for the future deorbiting device: the Safe Ignition Unit (SIU), responsible for the deorbiting engine’s safe ignition. For Alice-2, D-Orbit has designed two different SIU models with different characteristics. While one model is much more focused on reliability, the other model is focused mainly on the rapidity of execution, and is generally less reliable than the first model. The SIU is a three-way system, meaning there are three levels of protections, all reversible and redundant, in case the ignition command is withdrawn.

“We wanted to have two products that can be used in different applications,” said Rossettini. 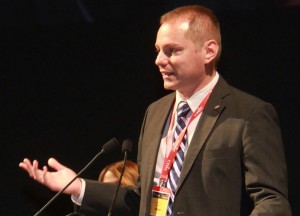 Both systems were tested on the ground not only in the conditions required by the satellite carrier and launcher, but also in accordance with the European Cooperation for Space Standardization (ECSS) regulations.

“We are creating something new. It is important think ahead and create it already compliant with the possible future regulations.”

After the standard qualification test, Rossettini and his team tried to bring the system to breaking point during the mechanical shock test, however Alice-2 proved able to resist the upper limit of the testing machine, set at 200 g of shock load.

“The go/no-go decision was taken only on July 18. We knew it would have been difficult but we decided to go anyway. It has been dramatic to find in Italy suppliers working in that period of the year because it is mostly dedicated to the summer vacation.  It has been fundamental the help received from our advisory board and in particular from Dr. Francesco di Tolle, former CTO of Laben and Space Software, who brought a team of experienced and retired space professionals to help accelerating the work.”

D-Orbit’s payload is now waiting in orbit inside UNISAT-5 to be activated and start the in-orbit tests that are a fundamental step before the technology’s commercialization. The payload will be tested in all the possible configurations particularly the nominal sequence, with all the instructions required for the ignition sent by the ground, and the automated sequence, where, the ground sends just a string of commands that has to be processed on board to initiate the ignition sequence. In addition, all the possible failure situations will be reproduced to prove the reliability of the system in avoiding accidental ignition of the engine.

“Satellite operators are interested in our technology mainly because it enables them to be compliant with the current and future regulations related to satellites’ decommissioning. In addition, our technology provides operators with economic benefits that they could not have with traditional chemical or electric station-keeping thrusters fed by on-board propellant”

The very same day D-Orbit’s payload was climbing the sky in Russia, the company was awarded among the Top 100 Winners of the 2013 Red Herring Global. Before that, in October, D-Orbit was awarded the  IAIR Award for distinguished innovation and leadership.

Rossettini also traced  the future plans for the company. The next important milestone of D-Orbit will be a in-orbit test of the entire deorbiting device. Space Safety Magazine will closely follow these new developments.