Editor’s note: This article was updated on June 25, 2013 at the request of the authors, with additional context on the Iridium-Cosmos collision. 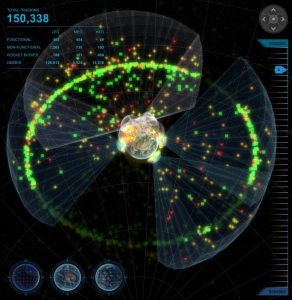 As space becomes more congested, maintaining a timely and accurate picture of space activities simultaneously becomes both more important and difficult.  With an ever-increasing number of space-faring entities, comes the expectation of the utmost protection for their satellites.  This only increases the workload for operators at satellite operation centers around the world.  As a leader in space, international partners expect the U.S. government to head the effort in protecting each and every asset.  The greatest example of this is the collision between the U.S. Iridium LLC and Russian Federation Cosmos satellites. The net result of the incident was more than two thousand additional pieces of debris.  Considering that there are roughly one hundred thousand objects orbiting Earth, it becomes clear that there is a cumulative effect to such collisions.  It cannot be emphasized enough that as the number of assets orbiting Earth increases the danger of and effects of collisions also increases.

The United States has an extensive network of space surveillance sensors; however, no one nation has the resources and full accesses to the geographic locations necessary to precisely track all orbiting space objects.  To meet this challenge, the U.S. is implementing a new approach to the exchange of information regarding space objects.  This approach empowers others in the space community to make more informed decisions regarding their assets, thereby reducing the dangers of miscommunication, mishaps, misperception, and mistrust.  In a time when barriers to entry in the space environment are decreasing, it is beneficial to re-evaluate the utility of data sharing and its effects on spaceflight safety.  Such changes should occur gradually, however, to allow other governments, international organizations, and private industries to mature their space situational awareness capabilities in a deliberate fashion.    As an example of international cooperation, USSTRATCOM has worked with multiple foreign entities, commercial and governmental, in updating the Conjunction Summary Messages (CSM) currently used for notification of a predicted on-orbit close approach.  The updated format was jointly developed with these partners to ensure a universal approach to Space Situational Awareness (SSA); and such practices will be applied to formatting more data and products as we move further down the road towards greater integration.

Today, the U.S. Department of Defense (DoD) publicly releases data on tens of thousands of objects.  Of these, only about 1,100 of them are satellites performing an active mission; the bulk of the orbiting population is debris, rocket bodies, and retired or inoperable payloads, many of which cannot maneuver.  Additionally, there is still an indeterminate amount of small debris for which we cannot generate reliable orbital estimates.  While these objects are smaller than a pebble, NASA estimates the total number of objects to be in excess of 100,000.  Despite their small size, these pieces can harm satellites and degrade operations.  The long-term cumulative effect of debris in space is becoming one of the greatest hazards space faring entities must contend with.  As an increasing number of objects fill the Low Earth Orbit (LEO) regime there is a risk that a tipping point exists where too much clustering exists, creating collisions and debris; thereby making LEO nearly unusable.  It is imperative to share as much actionable information as possible with other space-faring parties, consistent with our national security interests. 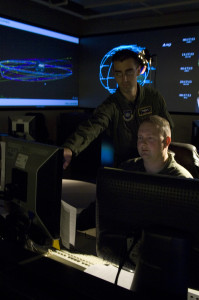 To that end, SSA data sharing is intended to improve safety and transparency in space.  Due to the responsible sharing of information with like-minded partners including foreign governments, private industries, and intergovernmental organizations, the space community is becoming increasingly cognizant of its environment.  SSA sharing has become not only a mechanism to exchange data, but also a Transparency and Confidence Building Measure (TCBM) which has resulted in the creation of underlying norms of behavior for many leading space entities.  In a relatively short period, great strides have been made in releasing U.S. information.  But greater potential for opportunities to share information exists.  Using a dynamic approach to SSA information sharing has helped make it possible for other space-faring entities to further develop their body of knowledge for space expertise.

The 2009 collision of the Iridium and Cosmos satellites generated the driving force behind many of the current U.S. space data sharing policies.  In 2009, Congress passed legislation authorizing the sharing of SSA data outside the U.S. government.  In 2010 and 2011 respectively, President Obama signed the National Space Policy and the Secretary of Defense and Director of National Intelligence jointly signed the National Security Space Strategy.  These two documents further the importance of the responsible use of space, spaceflight safety, and US leadership.  The SSA sharing program is one way to do that.

USSTRATCOM’s SSA sharing program is designed to reduce the chances of future satellite collisions and improve the sustainability of the space environment.  Prior to USSTRATCOM assuming this mission, many budget and human resource challenges needed to be met.  The first step for USSTRATCOM was to focus on identifying information necessary for satellite and launch operators to conduct responsible space operations.  Within that context, different categories of support exist, from basic support to highly tailored information for owner/operators.

There are three levels of SSA support services that comprise the program.  The first is emergency notifications which alert satellite operators to potential collisions.  The second level is the USSTRATCOM-sponsored website, Space-Track.org, which serves as an available repository of basic satellite catalog information.  Basic satellite catalog information includes positional data and background information (country of origin, launch date, etc.).  The third level includes specific advanced services supporting safe space flight operations during launch, on-orbit, and decay or reentry operations.  This third level of services is available to commercial and governmental satellite and launch operators.  Together, these support services increase the safety, security, and sustainability of the space domain through an enhanced understanding of satellite positional information.  However, without a better understanding of the three levels of SSA support it is impossible to fully comprehend this enterprise.

First, in practice, the JSpOC seeks to identify close approaches for active payloads in Earth orbit with any known object.  On average, 20 – 30 close approach notifications are sent per day.  To the greatest extent possible, the JSpOC contacts the affected owner/operator with information regarding the predicted close approach.  The information provided is in the form of a CSM.  This information allows the owner(s)/operator(s) to make informed and educated operational decisions to protect their assets and the space environment.  At no point does the JSpOC direct another entity to conduct a maneuver to avoid a potential conjunction.  USSTRATCOM products are merely advisory.  Once a CSM has been provided to an affected operator, the JSpOC offers to evaluate any potential maneuver to avoid a second potential conjunction in the process of avoiding the first conjunction.  To give an idea of global reach, of the 1,100 active payloads in orbit today, the JSpOC currently has sufficient contact information to provide emergency notifications to the operators of more than 98% of those payloads. 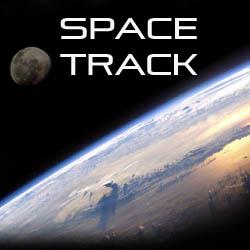 Second, Space-Track.org is the next level of support.  For any interested person or entity, USSTRATCOM offers this website as a source of basic satellite catalog products.  Anyone wishing to access the site must acknowledge a user agreement and submit a web-based request for an account. To date, over 88,000 total users from 185 countries have registered for an account.  Considering that there are only 195 countries in the world today, USSTRATCOM is very proud of our global outreach efforts.

Third, advanced services are designed to support safe space flight operations during launch, on-orbit, and decay or reentry operations.  U.S. law requires the DoD to establish written agreements with satellite owners and operators, launch providers, and country partners in order to permit advanced service data exchanges.  With agreements in place, entities may request specific support for their operations, and USSTRATCOM can provide this support, within resource constraints, with the caveat that it is consistent with U.S. national security interests.  This information can be viewed in seven categories including: Conjunction Assessment, Launch Support, Deorbit and Reentry Support, Disposal/End-of-Life Support, Collision Avoidance, Anomaly Resolution, and Electromagnetic Interference Investigation.  These agreements help develop relationships between the JSpOC, commercial firms’ operations centers, and partner nations’ space operations centers worldwide.  By exercising this valuable exchange of orbital data, USSTRATCOM works to preserve the ability for all nations to use and explore space, and provide a safer and more responsible environment.

In summary, as a global leader in space, the U.S. is creating a safer more stable space environment through the responsible exchange of actionable information via the SSA sharing program.  By sharing this information, USSTRATCOM is reducing the possibility for miscommunication, mishaps, and mistrust.  The Command has recognized and is addressing many of the problems that led to incidents such as the Iridium-Cosmos collision and have turned the tide with the SSA sharing program.  There is now an established process to improve the safety and reliability of space today and for future generations.