O’Neill’s work on orbital colonies was first publicized in the mid-1970s and was covered in detail in the previous Living in Space segments. In short, O’Neill, with the help of his students and other scientists, put forth the idea that space colonization should be the next goal for Space Agencies of the world following the Apollo landings. His team designed several space habitats and eventually released the idea to the public in the form of a book –” The High Frontier.”

In the years following O’Neill’s efforts, several authors and scientists joined him and released their own texts on the subject – the vast majority of which agreed with many of O’Neill’s ideas, making small tweaks to the designs or the details of living in space. In 1977 alone, a half a dozen books on the subject were released, each author adding a little to the concept. This was the peak of interest in Space Colonization. Disaster struck later that year however when Senator William Proxmire[1] cut funding for colonization research from NASA’s budget. This move killed off almost all public and scientific interest in the concept overnight. Similarly, while many believed that the idea of building solar power stations was an attractive idea during the late 70s when oil prices skyrocketed, when prices dropped in 1980, funding for space solar power research dried up quickly. These two events were a one-two punch to the early Space Colonization movement, and saw the field shrink to a few hardcore proponents.

Nevertheless, some research continued. The 90s saw a surge in interest in the field of asteroid mining following the release of “Mining The Skies” by John S. Lewis. This led to what some call the second space colonization movement. Some books were published applying Lewis’ ideas to colonization, and the concept of asteroid mining to the space industry as a whole. It was during this time that NASA was building the International Space Station (ISS) and many saw this as our first step to colonizing the stars.

This second push would also eventually peter out, but did provide us with the first wholly new space habitat design in decades, the Lewis One.

Lewis One was designed in 1991 by Al Globus and published at Princeton. Lewis One is a settlement on the same scale as the Stanford Torus but with a cylinder-like design, consisting of a long tube sandwiched between a massive solar panel and a large T shaped heat sink. The Lewis One makes several improvements over the Torus; we asked Globus what made his designs better than O’Neill’s:

“It has thermal rejection.  It uses interior cylinders to increase working/storage areas.  It is a simpler geometry as it uses only artificial light.  It needs less shielding per unit [of] living area than the Stanford Torus.  It rotates the shielding which eliminates a horrendous failure mode in the Stanford Torus. It has 0g areas for tourists.  It has a geometry suitable for building more settlements in a shirt sleeve environment.”

While Lewis One marks an important step in the current space settlement movement, it still has several issues. The lack of real sunlight and greater mass for the same projected population as a Torus particularly stand out.

These issues and others led Globus to design the Kalpana One, the latest in space settlement design.

A view from inside the rotating habitat of the Lewis One (Credits: Al Globus).

Kalpana One started life when two Indian students spent several months working with Globus on space settlements, their work culminating in the design for Kalpana One. Named after Kalpana Chawla, one of the victims of the Columbia disaster, Kalpana is a smaller design than the Lewis One, housing around 3000 people. The shape is relatively unique, consisting of a short cylinder, with internal gravity once again produced by rotation.

Kalpana One, more so even than the Lewis One, was designed to fix the issues inherent in O’Neill’s designs, providing a solution to the excessive shielding mass, requirement for large mirrors to bring in sunlight, and rotational instability. Additionally, Kalpana One was designed to be a low Earth orbit (LEO) habitat that could also be built in various other positions around the solar system, unlike the O’Neill designs which were designed primarily as Lagrange point habitats.

The full research papers of Kalpana One and Lewis One are viewable on NASA’s ARC Settlement page, one of the few NASA funded space settlement initiatives remaining. The papers are very accessible and discuss construction, specifics of every aspect of the designs, and potential drawbacks and downsides for their respective designs. The Settlement page also includes a variety of CGI renders and virtual tours of the habitats. 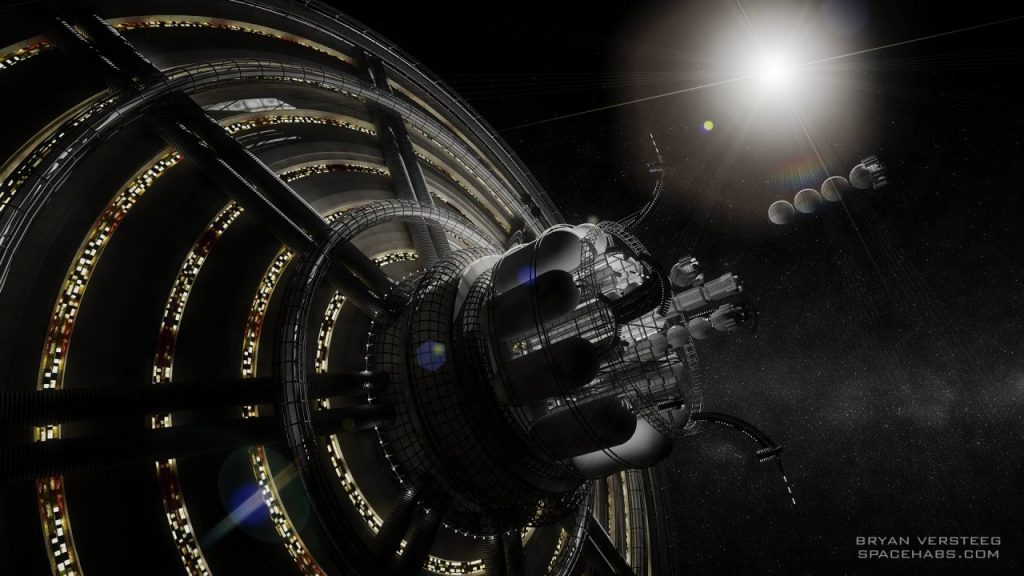 Going by the above, it may seem like the topic of Space Settlement is effectively dead. A handful of papers and two designs in over 30 years may seem dire, but in fact the conversation has merely shifted. While research and debate continues, the field has moved from direct discussion of habitats to discussing and researching ‘routes’ to settlement. No longer do we see books and papers on colony designs and their implications, instead we see discussion on asteroid mining, space tourism, and planetary defense. “There’s not a whole lot going on for the simple reason that there is no institutional money available,“ Globus told us. “There is money available for the paths to space settlement (tourism, space solar power, and planetary defense[2]), or at least the first and third.  There is a lot of progress in those areas.” 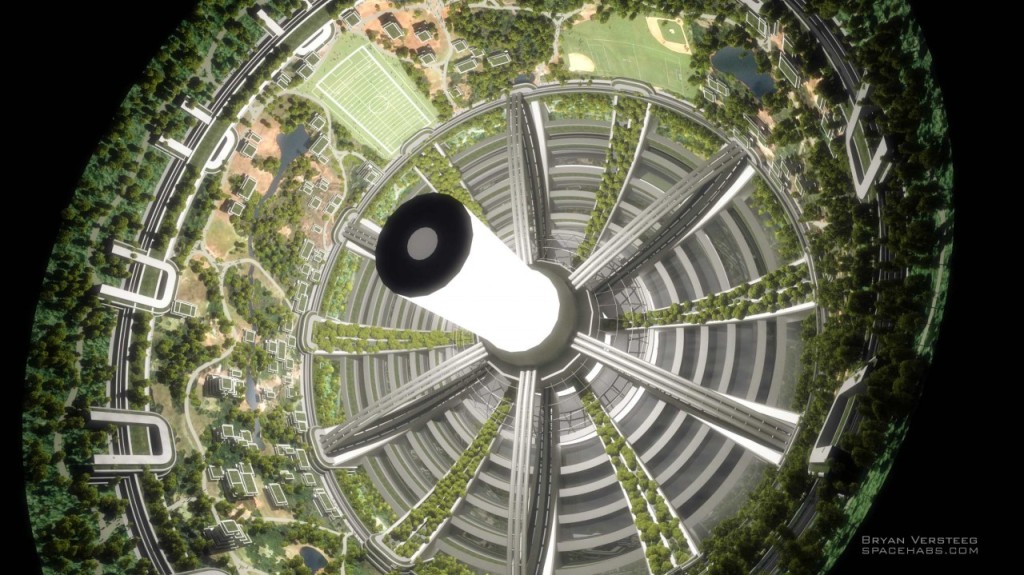 Interior cut away of Kalpana One (Credits: Bryan Versteeg/Spacehabs.com).

This can be seen as a very positive shift – one of the main mistakes made by O’Neill and his contemporaries was putting the horse before the cart. Discussing the resources we could exploit in asteroids and the endless energy potential of space solar power makes it clear why space is a valuable place to live, and why its colonization could benefit humanity as a whole. O’Neill’s work was revolutionary, and its form inspiring, but by focusing primarily on the end goal (“we should live in space”) he alienated many; this was one of the causes of the downfall of the Space Settlement movement.

With Planetary Resources planning to mine the skies, SpaceX eyeing Mars as a colonization goal, and NASA publicly stating their ”end goal” is to one day colonize space, the space settlement movement is primed to rise once again, in a different form perhaps, but with the same fire that drove advocates in the 70s. The wealth of space is still there, waiting for us to reach out and grasp it – perhaps this time we will have the will and the means to reach them