Editor’s note: For this final week of 2013, we’ve decided to bring you a little end-of-year fun. We hope this short story by guest author Sumith Puri provokes a bit of thought as you are considering your plans for the future. Enjoy and Happy New Year! 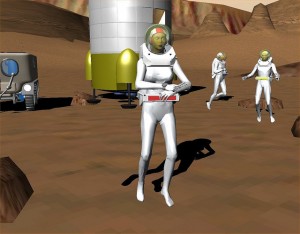 It is March 24, 2040 A.D. I just returned from an earthware interoperability conference on Mars. The Martians are a funny lot, having achieved extraordinarily in terms of astrophysics, weaponry, mechanics and even electronics; but they are still new to the idea of software controlling their machines, hence the term ‘earthware’. Travelling on Spaceship Σμλ003, operated by Earthways, we had a rough landing on the space strip at the Bengaluru Inter Galactic Port. This was due to a flaw in one of the descent and landing systems on the ship, because of an asteroid strike almost two light years away.  My journey spanned a total of three hundred and sixty five million miles, a bit tiresome! Research has been going on in the EASA for improving the security and performance of these ships. Hope they would be able to succeed in my lifetime.

To add to my woes, it was a day off for the taxis. The drivers were on a strike demanding liquid nitrogen costs be decreased and bought at par with silicon electric capsules. I was just thinking of the good old days of Gasoline and LPG, when suddenly an auto stopped right in front of me. The robotic voice asked me if I wanted to hire it, to which I responded in the affirmative. Once my identity was verified by the retina scanner on the outside, the doors opened in front of me. I sat down, entering my UID and selecting the one way payment option. Once inside, the robot greeted me once again. The lady robot was swankly dressed and asked me politely to verify and confirm the route details I had entered earlier. This robot had a really human feel about her, although I knew they were designed to respond to sense and gestures. On the sense screen in front of me, I confirmed my option. It was nice to see that it was running on the Microsoft Windows Earth Xi Edition. This was one of the topics for discussion at the conference, along with Earthnix. By the way, Microsoft’s revenues were now equal to the GDP of the entire earth minus the USA, a fact just confirmed by the news on the sense screen. Just when I was about to open my hand bag to take grab a bite to eat, I saw a flashing hologram on the robot, stating ‘Intel Inside’, with a reference to the Picotium XL processor. The Picotium series is now the standard for robotics, providing multi pointcore architectures; I expected a good debate at the conference on its performance against Mars’s native hardware architectures. Intel had proposed setting up a space station manufacturing unit nearby Mars, in line with their strategy to dominate early. The Association of Earth Industries is still fighting for rights to set up manufacturing units on Mars, though they had earlier won rights to setup units within 0.25 light years – hence the Space Electronics city.  Both Microsoft Windows Earth Xi and Earthnix were ported to these native architectures by 2035 A.D. 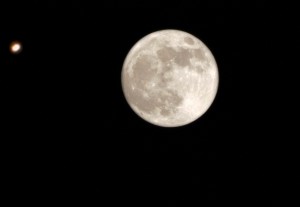 Biting on my power burger, with added braintine, I took my thoughts away from all this and decided to do a check on the latest in sports on my nanotop. Just as I turned it on, I saw the Google Android Earth logo blinking on it, bringing back memories of the first cell phone I ever owned in my life…  Martians have devices similar to cell phones, but they are embedded into their bodies. Now all of these run on Android Earth too. Martians have body systems reports available to them through these devices!  Google’s next generation galactic search technology was one of the highlights of the conference. Their datacenters and servers are located all around the galaxy. They have a new star rank algorithm, which determines the rank of a page both by its relevance and distance!

The political powers of the Earth are keen on conquering Mars, but the Martians have far superior military prowess, especially for space combat. So, the wise leaders of the earth are now planning to use the industrial and earthware powers – namely Intel, Microsoft, and Google – to establish their presence on Mars. The Martian economy is already very strong and is averse to any alien industries. But they are dumbfounded by earthware. This is the only chance that the earth has to conquer them, as the politicos had already realized. The added advantage is that every Martian carries an embedded device, all of which now mostly run on earthware. Also there is an interconnected network of networks, connecting the “worldwide” web, intergalactically. Each of these Martian devices is connected to this network. My nanotop, also has galactic wifi access, enabling it to work off-earth.

As soon as my phone powered on, I learnt on my Earthfone connection that the Indian Cricket Team was once again ousted in the Universal Cup and that there is a heavy criticism of the team selection. Martians are learning to play earthling sports too, and they are really impressed by football and basketball. By this point, my auto had exited the ultrasonic flyway and was pulling up to my destination. Bengaluru has really come a long way, and is a galactic destination for sports, travel, information technology, bio technology and education. It is even identified as one of the noted area by Mars’ rulers in this part of the world – particularly because of earthware suppliers that have established outposts here. 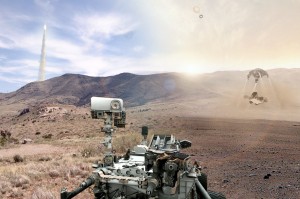 Mars has a very traditional political system, based primarily on military prowess. There are frequent alien invasions on the planet by other planets from the same and different galaxy. Earth is one of the planets to get the ‘non-combatant’ status. But the political powers of Earth have a different vision! They had just found a more subtle approach to invasion – software instead of combat. As the auto pulled up outside my dwilla, I got the nagging feeling that I had forgotten something… But I was not sure what it was. Completing my fingerprint verification outside the Pearly Gates (I had so-named it on sight, the dwilla’s main gate made too perfect a picture!), I was given access. I got to try out the teleport beta as I was whisked to my door – can’t wait for it to be certified for longer distances! At the door, once my face was scanned and verified, Robu, my virtual maid servant greeted me. As always, he was cheerful and enquired as to my wellbeing. Robu was a real cool chap and could give me information on almost anything in the galaxy. He even had a language feature that allowed us to conduct exchanges in English, French, Hindi, and Punjabi, the limitations being on my side rather than his. Once I freshened up in my power tub, Robu got a nice warm cup of tea for me.

Leaning back on my all-in-one massage relaxer inside my mini movieplex, I saw a message roving on the chair’s digi-display. As it came into focus, my forgotten thought clicked: “Happy Birthday!” It proclaimed. Hmmm… So much for a birthday in the life of an earthling.

Sumith Kumar Puri is an Independent Software Architect. He graduated as a Bachelor of Engineering [Information Science and Engineering] from Sri Revana Siddeshwara Institute of Technology, Bangalore, India. He has nine years of progressive software de-velopment experience working with top software companies including Siebel, GXS, Huawei, Symantec, Misys and Yahoo.  He is a Professional Member of the IEEE and IEEE Computer Society. Additionally, he is the member of the Association for Computing Machinery, India and the Computer Society of India. His current interests are Data Mining, Software Security and Advanced Programming Skills in Java/J2EE. He can be reached at sumith.puri@myself.com.