Pakistan’s Space and Upper Atmosphere Research Commission (SUPARCO) is set to receive a new global navigation satellite system (GNSS) with the assistance of China. China, who is a strategic partner of Pakistan, will provide satellites similar to the Beidou satellite system currently being deployed as part of China’s indigenous global positioning system. 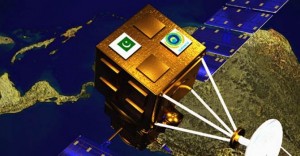 While there are not many details surrounding Pakistan’s system, it is probable that it will resemble the Beidou-1 system.  The first two indigenous Beidou experimental navigation satellites were launched in 2000. The final Beidou-1 constellation consists of four geosynchronous satellites: two operational satellites and two satellites to serve as backups.

In the Beidou scenario, the two-satellite concept achieved similar accuracy to the United States’ GPS, but it did have its drawbacks. On the other hand, it did provide China with an indigenous, independent, high-accuracy military navigation system that could function in any conditions short of total war with a major military power, as well as support military communications.  If this is the course that Pakistan will take, then it will no doubt utilize two of its allotted geosynchronous slots to deploy the system.

SUPARCO touts this new capability for applications in digital map production for road vehicle navigation, public safety and disaster management, mapping and resource positioning, mining and quarrying among others.  However, considering the Bediou-1 system had a regional military capability, it is likely that Pakistan intends to utilize this new potential to bolster its military capability in the region, including against its ongoing geopolitical disputes with neighboring India.

Below, launch of China’s 16th Beidou 2 satellite on October 26, Beidou 2 is expected to be operational in 2020: