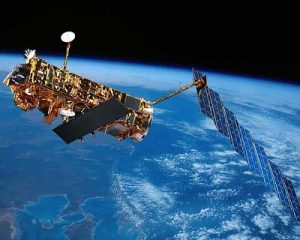 On October 11th ESA denied the accusation that the Agency had missed opportunities to place Envisat, the Earth observation satellite, in a disposal orbit instead of using the remaining fuel to continue its mission. Envisat, and its relevance to the topic of space debris, was called to the attention of the International Astronautical Congress held in Naples, Italy during the first week of October,  where an International Institute of Space Law (IISL) paper claimed that ESA could be liable if the disabled satellite were to damage an operating satellite.

ESA refuted the allegation, saying that “Envisat was planned and designed in 1987–1990, a time when space debris was not considered to be a serious problem and before the existence of mitigation guidelines, established by the UN in 2007 and adopted the next year by ESA for all of its projects.” Envisat is widely seen as a serious collision threat due to its populated orbit and large size.

Envisat was equipped with sophisticated instruments and delivered ten years of critical remote sensing data that contributed to environmental and ocean studies.  Launched in 2002, the eight-ton and eight meter behemoth of a satellite failed to maintain communications and orientation as of April 2012 as was declared lost in May. The satellite was operating in a sun-synchronous orbit at 780 km altitude and provided a global coverage of the Earth in one to three days. In 2010, ESA maneuvered the observation satellite into a lower and not so crowded orbit at 768 km, which allowed Envisat to continue its observation.  The fact that ESA extended the operational lifetime and did not put more effort into reserving fuel to prevent Envisat from becoming space debris in polar low earth orbit has been reviewed and was criticized in the legal sessions in Naples. ESA reminds the community that Envisat was not designed to lower its orbit to an altitude of 600 km, an altitude that would enable the spacecraft to re-enter the earth’s atmosphere within 25 years.

Since the UN principles on space debris mitigation were adopted in 2007 ESA launched the 2011 ERS-2 satellite into an orbit of approximately 570 km which allows for a controlled re-entry of this spacecraft within the 25 year limit. The atmosphere at that altitude creates a drag force which slows the spacecraft until its altitude is lowered to the point that it must re-enter. The altitude optimal for such a maneuver depends on a variety of factors.  ESA restated that it contributes to and supports international cooperation in the monitoring of space debris in aftermath of the criticism. For future satellite missions, ESA is investigating  new technologies and designs to deorbit debris in a controlled manner.

Below, a retrospective of Envisat’s mission: