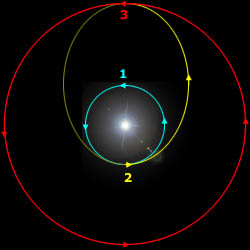 From May 21st to May 23rd, the 6th IAASS Conference “Safety is Not an Option” took place at the Institute of Space Law at McGill University. During those three days, experts with legal, technical, and commercial backgrounds gathered to discuss safety issues related to space activities such as suborbital flights and space debris. As a winner of the IAASS-SGAC Paper competition, I had the pleasure to attend this event in order to present the first results of my research. The goal of my research is to understand the orbital decay of objects in geosynchronous transfer orbit (GTO) in order to define the critical parameters needed to make these objects compliant with the 25 year deorbitation rule. In a first part I will present the rationale of my topic. Then I will present some preliminary results and conclude with the next steps.

The options for a Upper Stage (U/S) End of life are either natural or direct reentry into the atmosphere within a specified time frame and re-orbitation to a graveyard orbit. Different cases should be studied according to the orbit in which the object is situated as illustrated in Figure 1. The two protected area are low Earth orbit (LEO) – Region A and the Geosynchronous orbit (GEO) – Region B.  LEO has an altitude up to 2000km. GEO is a circular belt with an altitude varying around 35786km (+/- 200km) and an inclination from -15° to +15°. A way to access GEO is to use the Geostationary Transfer Orbit (GTO). It is a highly elliptical orbit with an apogee of 35785km and a perigee usually situated between 150 and 300km. The inclination depends on the launch site. The satellite then performs the final transfer using its own propulsion system. Due to this method, used stages regularly cross the protected regions, raising the collision probability risk. 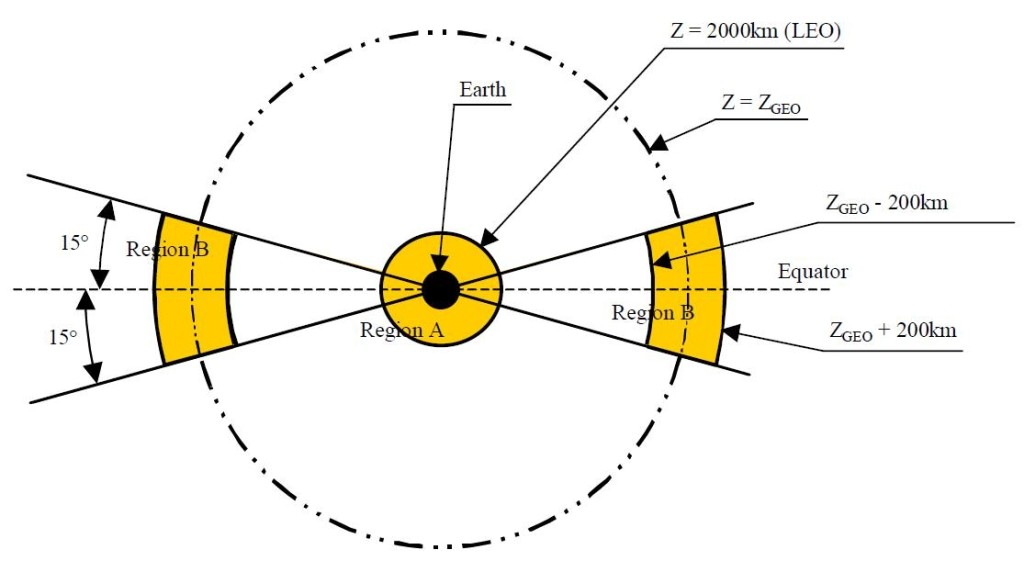 Figure 1: Protected regions according to the IADC guidelines

Since 2008, the French Space Operation Act imposes requirements on launchers in order to reduce the growth of space debris. The European Space Agency (ESA) has also established Space Debris mitigation requirements applicable to all ESA Projects. My research focuses on the compliance of rocket upper stages with the following requirements (ESA, 2008). These requirements establish end-of-life (EOL) measures for spacecraft in the protected regions and reentry safety requirements.

6.2 End-Of-Life Measures
6.2.1 Disposal
OR-04
Launcher stages shall satisfy one of the following conditions:
a) they shall perform a direct reentry as part of the launcher sequence;
b) they shall be placed in a LEO orbit where they will re-enter the Earth’s atmosphere within 25 years;
c) they shall be permanently removed from the LEO and GEO protected regions, and from orbits interfering with other operational orbit regions, such as the Galileo orbit.
6.2.3 Reentry
OR-06
For space systems that are disposed of by reentry, the prime contractor shall perform an analysis to determine the characteristics of fragments surviving to ground impact, and assess the total casualty risk to the population on ground assuming an uncontrolled reentry.
OR-07
In case the total casualty risk is larger than 10-4, uncontrolled reentry is not allowed. Instead, a controlled reentry must be performed such that the impact foot-print can be ensured over an ocean area, with sufficient clearance of landmasses and traffic routes.

My research investigates the influence of deorbit design solutions on rocket upper stages at a system level, in three steps. First, the lifetime in GTO based on existing Ariane U/S will be studied to understand which parameters have the most influence. Then, deorbit systems (reignitable engines, solid rocket motors, boost using propellant reserves) will be studied and compared. Finally, in a third step, reentry simulation will be performed to ensure compliance with casualty probability requirements. The study will build on the lessons learnt of A5 and A5 Mid-Life Evolution developments, with an emphasis on the future Ariane 6 launcher.

For 2013, an upgraded version of ESA’s DRAMA (Debris Risk Assessment and Mitigation Analysis) software contains a new version of the OSCAR (Orbital Spacecraft Active Removal) tool, which uses more sophisticated orbit propagation techniques. For that purpose, the user may define future solar and geomagnetic activity scenarios according to current ISO and ECSS standards. It is possible to select between a best-guess scenario (including best case and worst case scenarios), constant equivalent solar activity, ECSS standard cycle, or any user-selected historic cycle and solar activity sampled through a Monte Carlo approach. OSCAR was used to perform decay simulations for a rocket body and investigate the influence of the solar and geomagnetic activity future projection models on the simulation. For my research, I started with a reference object: the decay of the rocket body Ariane 4 (A4-1997-016C), which I modeled in DRAMA using the TLE information available on Space Track. I performed this work in collaboration with V. Braun, research engineer at the Institute of Space System at the Technical University of Braunschweig. He works on the development of the OSCAR Module in DRAMA.

We observed that for the case of an upper stage launched into GTO, the model with Monte Carlo Sampling is the most optimistic, followed by the Best Guess Process, then the Sample Solar Cycle and finally the Constant Solar Flux. The Monte Carlo Sampling predicts an earlier reentry date. On one hand, while looking for compliance to the 25 year rule, it seems advantageous to have a longer lifetime prediction, to ensure reentry will be within the required period. In another consideration, satellite operators prefer to stretch the usable lifespan of their spacecraft as long as possible, so experiencing orbital decline too early is not desirable. The Best Guess scenario prediction is closest to the reference scenario in terms of the evolution of the altitude of the perigee and apogee.

Simulations of GTO orbits are very sensitive to initial conditions such as apogee and perigee altitude and orientation, eccentricity, and ballistic coefficient. In fact, the combination of a high apogee and a low perigee make the evolution of the orbit sensitive to both atmospheric drag and third body perturbations in the same order of magnitude. The orbital parameters can meet Sun synchronous conditions, in which case, while the orbit plane has constant angle to the Sun, the attraction of the Sun raises the perigee altitude. Uncertainty from such factors makes it more difficult to predict if an upper stage in GTO will or will not comply with the 25 year rule. A solution would be to have a perigee low enough (around 200km) to get a maximal drag as soon as possible to avoid Sun synchronous resonance.

After the discussion with experts during the conference we identified several paths for the future work. First, it is necessary to perform the same study on a broader range of spent Ariane 4 upper stages in order to validate these first conclusions. Then a statistical approach is needed when performing the decay simulation, as the prediction of orbital lifetime in GTO is very sensitive to the initial conditions. I will then study and compare technical solutions to perform direct reentry. Finally, I will look at the impact of deorbitation requirements on the cost of the launcher.

I want to thank IAASS and SGAC who gave me the opportunity to attend this conference, which was very relevant to my research.

Emmanuelle David is research engineer at the Department of Space Launcher System Analysis at the DLR (German Aerospace Centre). She is also a PhD student at the University of Braunschweig, studying the End-of-Life of Rocket Upper Stages. As an active member of SGAC, she supports the working groups as Project Co-Coordinator and as a member of the Space Safety and Sustainability working group. In 2011, Emmanuelle served as a young graduate trainee at the European Space Agency Office in Washington DC. During her stay in the United States, she conducted a study on the commercialization of space transportation for cargo and crew in the US. She holds Space Engineering degrees both from the University of Technology of Compiegne, France, and the Technical University of Braunschweig, Germany.