It must have been a huge disappointment for all mystery lovers and UFO believers when, shortly after the sighting of a strange object bursting high in the atmosphere above Sacramento, meteorologists pointed out the most probable cause of the phenomenon. Neither an alien spaceship, nor a collision creating space debris, but a simple weather balloon – the type of device used everyday by meteorologists worldwide to measure the conditions in different layers of the atmosphere. Equipped with a special probe that measures and transmits data to the Earth, the balloons ascend quickly to altitudes around 30 km above Earth’s surface where they burst due to low air pressure. 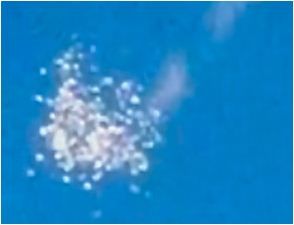 But let’s summarize quickly the events that preceded such a shocking revelation. At the beginning of a story that reached as far as the New York Daily News and Sacramento’s CBS 13, amateur astronomer Elijah Prychodzko was scanning the late afternoon sky with his telescope – probably an everyday leisure activity of a geek. On December 20, something suspicious caught his attention. Two alien-looking objects orbiting one another which suddenly burst and created a flash of light.

Being obviously a resourceful man, Prychodzko put his smartphone camera against the telescope’s viewfinder and recorded the remaining part of the phenomenon. Later, speaking to the CBS 13 TV crew, the amateur astronomer recalled: “I saw something that I’d never seen before. I saw another object orbiting this, whatever it was up there, and I’ve never seen anything like that before.” The contacted journalists appeared similarly astonished when examining the footage obtained by Prychodzko: “We zoomed in and slowed it down. It certainly looks suspiciously like an explosion,” said CBS’ Cody Stark on the news report. 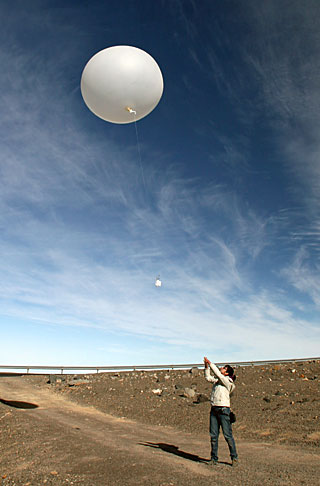 However, the astronomy expert Stephen P. Moran, who was contacted by the TV station, claimed that the explosion didn’t look like an astronomical phenomenon. Nevertheless, in the public poll run by the Huffington Post, over 26 % of the participants expressed the belief that the footage actually captured something extraterrestrial.

As disappointing as it may seem, many seemingly inexplicable occurrences have pragmatic reasons.  Soon after the story was aired, some better informed geeks stepped up in science internet forums and stated that the mysterious space explosion was probably nothing more than an exploding meteorological balloon. This explanation was later supported by the National Weather Service: “It is very likely a weather balloon that burst. The small dot ‘orbiting’ the balloon was the radiosonde that was attached below it with about 70 to 100 feet of string,” was written in statement published on behalf of the National Weather Service. “The weather balloon was likely released by the National Weather Service (NWS) upper air station in Oakland, California, at about 3:00 p.m. local time.” 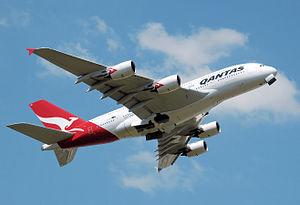 If released without prior approval of aviation authorities, the weather balloons can pose certain threat to aircraft (Credits: Wikipedia)

From the point of safety, it is important to mention that weather balloons can pose certain risks to flying aircraft. Especially dangerous are balloons released by amateur enthusiasts without consulting the air traffic institutions. Balloons burst eventually at much higher altitudes than the travelling altitude of a passenger jet. Therefore they can cross the trajectory of an aircraft, hit the plane, or be sucked into the engine. Last year, Canadian aviators were extremely critical of the project of two teenagers who sent a legoman into higher atmosphere aboard a helium balloon. Meteorological agencies worldwide are expected to check with the aviation organizations to avoid possible collisions.

Watch the original CSB report in the first video and another weather balloon explosion in the second for comparison.
[youtube http://www.youtube.com/watch?v=ycPDg2vVLtA&w=560&h=315]