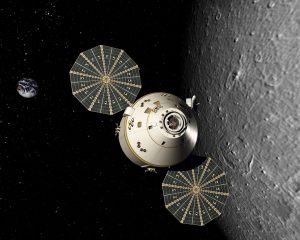 NASA managers have approved the Exploration Flight Test (EFT-1) mission, which will consist of an unmanned flight of the Orion crew vehicle in early 2014. The EFT-1 will make two orbits followed by a water landing.

“The entry part of the test will produce data needed to develop a spacecraft capable of surviving speeds greater than 20,000 mph [> 32,000 kph] and safely return astronauts from beyond Earth orbit,” Associate Administrator for Human Exploration and Operations William Gerstenmaier said according to a press release. “This test is very important to the detailed design process in terms of the data we expect to receive.”

Although the Orion will be launched using the Space Launch System (SLS) in future flights, the EFT-1 flight will instead use the Delta-IV Heavy, as the SLS will not be complete until later in the decade. As the primary contractor for the Orion, Lockheed Martin will arrange with NASA to procure the launch vehicle from the United Launch Alliance, the body officially responsible for the Delta-IV Heavy.

Formerly named the Orion or Orbital Test Flight (OTF-1), the mission was renamed when the Orion capsule was repurposed from the cancelled the Constellation program to be used in Beyond Earth Orbit (BEO) exploration missions. The BEO missions are set to include an unmanned pass of the Orion behind the moon in 2017, followed by crewed missions sometime between 2018 and 2021. The approval of the test flight represents a key milestone for the Orion in moving forward despite the cancellation of the Constellation program.

The announcement of the flight follows NASA’s confirmation in August that the flight would consist of a “multi-hour” test flight on a “human-capable” version of the spacecraft. In September, it was announced that a set of key welds had been completed on the vehicle using a technique named “friction stir welding” that was developed especially for the Orion capsule construction. Although no final launch date has been set, Orion Program Manager Mr Geyer said that “the Orion team has maintained a steady focus on progress, and we now are beginning to build hardware for spaceflight.”

The video below is a Lockheed Martin promotional video explaining the preparations for the manufacturing of the Orion capsule.