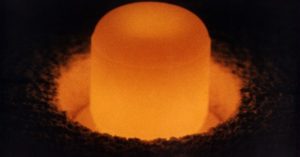 The Query: Will NASA ever recover the 3.9 kg of plutonium from Apollo 13’s SNAP-27 nuclear RTG from the depths of the South Pacific Ocean.

The Response: “Houston, we’ve had a problem,” said astronaut Jack Swigert on April13, 1970. But the problem wasn’t as simple as three astronauts potentially trapped in the void of space, 200,000 miles from Earth. The catastrophic risk came from the SNAP-27 radioisotope thermoelectric generator (RTG), a small nuclear power source that contained Plutonium 238. The RTG, which was in the lunar module, was intended to be placed on the moon to power experiments. As luck would have it, NASA had experience losing RTGs – a navigation satellite failed to reach orbit in 1964 and scattered small amounts of plutonium over the Indian Ocean. The SNAP-27 had been engineered to make it back to Earth intact in such an incident. The plutonium, like the astronauts, apparently survived reentry and came to rest with what remained of the lunar module the Tonga Trench south of Fiji, approximately 6-9 kilometers underwater (its exact location is unkown). Extensive monitoring of the atmosphere in the area showed that no radiation escaped. 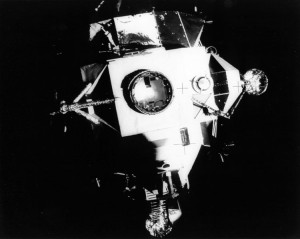 “I don’t think that anyone has seriously considered that,” said Leonard Dudzinski, a NASA program executive who deals with radioisotope power systems. The plutonium was in an oxide form contained in fuel capsule, which itself was inside a graphite and ceramic fuel cask. “The cladding would not be compromised over time by the seawater,” Dudzinski said. The current expectation is that the cladding will survive for 10 half lives of the Plutonium, close to 870 years. If anything, the Apollo 13 disaster proved that NASA nuclear safety engineering worked.

The more pressing issue for NASA and PU-238 is where they can get some more, Dudzinski said. The manmade element is necessary to power systems on deep space satellites that travel too far from the sun to rely on solar. The Mars rover, Curiosity, which launched Saturday, will be powered by about 4 kg of PU-238.

The U.S. Department of Energy has to purchase the PU-238 from Russia since the U.S. stopped producing it in the late 1980s because of nuclear weapons treaties. But dwindling supplies in Russia coupled with contract disputes mean that the material is increasingly difficult to source. NASA is seeking funding for a program (PDF) with the Energy Department to create PU-238 domestically, but the program is awaiting Congressional approval.