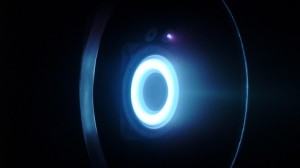 French Rocket Engine Company Snecma and the French National Research Agency made another step forward in the search for more efficient and environmentally friendly propulsion. They increased the power generated by a  Hall Effect thruster to 20 kW. This high-power plasma thruster could one day replace chemical rockets for satellite and deep-space propulsion. The thruster was successfully tested in the Pivoine test rig at the CNRS Icare laboratory in Orleans. It was the first time in Europe this level of power has been achieved using Hall Effect technology. With 20 kW of electrical power, it is 13 times more powerful than Snecma’s current production model and it is capable of efficiently producing variable thrust at 30 to 100 % of its maximum thrust of 1050 mN. Hall Effect technology is much more environmentally friendly than the conventional chemical propulsion system. It has lower fuel consumption and is convenient not only for orbital injection of satellites but also offers new possibilities for space exploration. 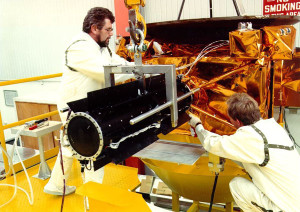 Meanwhile NASA’s search for better power sources  continues.  Where solar power is not feasible, Radioisotope Thermoelectric Generators (RTGs) are traditionally used. Even though this technology is exceptionally reliable  for very long duration flights, the low efficiency of energy conversion – only 5-7% – is of big concern to many scientists. RTGs currently use plutonium 238 as a radioisotope source. Scientists and engineers have become increasingly concerned that supplies of plutonium 238 are insufficient to support deep space missions for much longer. The United States discontinued plutonium 238 production in the 1980’s and has since purchased the material from Russia. However, negotiations with Russia for future supply have become contentious. Currently, RTG technology is the only viable power system for long deep space missions that are too far away from the sun to utilize solar power and too long to maintain chemical propulsion. Increasing the efficiency of the generator  is one way NASA can eke out the supply a little longer while awaiting funding from the US Congress to reinitiate production. Together with the US Department of Energy, NASA is pursuing research into higher-efficiency systems such as the Advanced Stirling Radioisotope Generator (ASRG).  130 – 140 Watts of power can be produced by an ASRG using less than 1 kg of plutonium 238 fuel – 25%  less than would be required by a traditional RTG. The shortage of fuels and the prospect of increased manned and unmanned deep space exploration is expected to continue to drive efficient engine development.   The video below shows a Hall Effect thruster developed by Space light and Alta [youtube http://www.youtube.com/watch?v=nK2vz-M-a3Q]