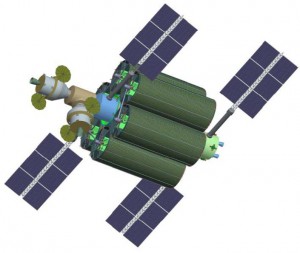 NASA along with its partners is exploring the possibility of using superconducting magnets to generate magnetic fields around space probes and space habitats to protect them from space radiation and cosmic rays.

“The concept of shielding astronauts with magnetic fields has been studied for over 40 years, and it remains an intractable engineering problem,” says Shayne Westover of Johnson Space Center (JSC). But, he says, “superconducting magnet technology has made great strides in the past decade.”

The NASA Innovative Advanced Concepts program is funding this study on high temperature superconductor technology as an active radiation shielding. NASA JSC is performing this research along with Advanced Magnet Lab (AML), a Florida based company with expertise in superconducting magnets.

The shield would use superconducting magnetic tape attached to flexible material like Kevlar. Current is passed through tape coils, resulting in a perpendicular expansion from Lorentz forces that would open it from collapsed configuration to large coils which surround the habitat. 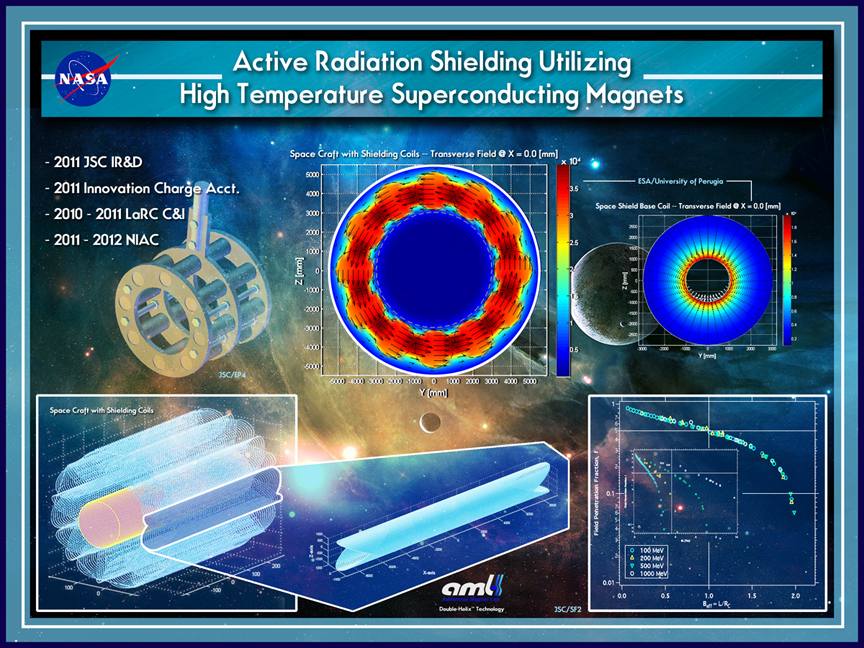 Further study is needed to determine the total radiation experienced inside the magnetic shield, said Westover. For a 6-meter-diameter, 10-meter-long cylindrical habitat. the shielding does not protect at the cylinder’s ends, but passive shielding from the propulsion system and docking mechanism might compensate for the gap in those regions. The exposure limits still need to be calculated.

Although the concept seems promising, issues such as structure required to hold the coils, and the energy required for generating a magnetic field strong enough to protect the crew, are yet to be overcome. Space radiation has been a hurdle to long duration human space exploration almost since human spaceflight began. Research on superconducting magnets may help at last overcome this challenge.