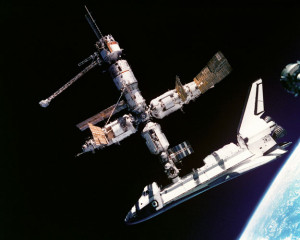 The need for psychiatric care and supervision arose with the increasing length of space travel (Credits: NASA).

Speaking to IO9.com earlier this month, current NASA psychiatrist Gary Beven explained why his job is important for the success of human space flight. Being only the fifth full-time NASA psychiatrist since the commencement of the American space program, Beven recalled that prior to the beginning of space stations and long duration stays in space, the need for psychiatry or psychology experts in the space adventure was frequently underestimated. “NASA’s three Skylab missions in the early 1970’s, lasting up to two months, did not appear to produce any significant behavioral health deterioration in the crews. So at that time, space psychiatry as a field did not appear to be needed.”

Today psychiatrists play an important role in many aspects and phases of human space flight: “I am involved in the medical and psychiatric screening of astronaut candidates, the training of assigned ISS crew members, and evaluating ISS astronauts pre-flight, inflight, and post-flight,” Says Beven. Every two week the NASA psychiatrists hold a private video conference with each NASA astronaut, addressing their possible issues and behavioral health. 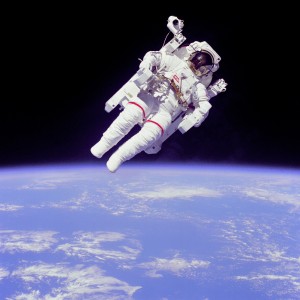 However, it was the Soviets who first found out about the importance of psychiatry for manned space flight – after participants of missions longer than six months at Soviet space stations Salyut 6 and Salyut 7 went through a series of psychological and health issues. Then, the Soviets put together a basic psychological support and monitoring program. At that time though, NASA still didn’t see the purpose in space psychiatry, as the US Space Shuttle Missions that time barely lasted more than two weeks. “Prior to the 1980s, psychiatrists involved with the space program were primarily consultants from the military,” confirms Beven.

A widespread belief dominated in the expert community that astronauts are so well selected and well trained individuals that they are naturally equipped to deal with all sorts of stresses and difficulties that can arise during space flight.  In the 1990s, during the Shuttle-Mir program, the first reports of minor psychological struggles occurred and NASA decided to establish the Johnson Space Center Behavioral Health and Performance program. Among the most frequently described difficulties at MIR were feelings of depression and isolation.

But according to Beven, it wasn’t space itself that made the astronauts feel this way. “These behavioral health problems have appeared to occur because of common Earth bound issues. For instance, placing crews that have potential personality conflicts in a smaller space station environment, with few recreational outlets, and then overwork them or not provide enough meaningful work to do,” says Beven. 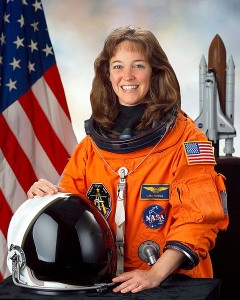 The infamous story of Lisa Nowak is supposed to be a case of overlooked issues in astronauts’ psychological screening and testing (Credits: NASA).

NASA’s psychiatrist is confident that currently the ISS provides “adequate sleep, healthy and good tasting food, exercise, meaningful work, leisure time, the availability of social and recreational events – music, movies, contact with family and friends – privacy, adequate space, and a supportive ground team.” Thanks to that, the carefully selected astronauts can truly enjoy their unique adventure.

However, the psychiatrist believes, once the long-haul flights, such as the one to Mars, take place, completely new and yet unknown challenges will arise. “Such a crew,” Beven  says, “would have to be substantially autonomous and independent, especially due to the up to 40 minute time delay for communications because of the extreme distance.” The regular comforting sessions with psychiatrists would therefore be impossible.

The importance of psychiatric screening, monitoring and care in the American manned space flight was scrutinized recently, after an American female astronaut was arrested for attempted murder of a love rival in 2007.