It seems that basic human needs weren’t among the primary drivers for the designers of the near-invisible American fighter jet F-22 Raptor. Following the investigation into a series of incidents related to pilot hypoxia and breathing difficulties, General Mike Hostage, the head of Air Combat Command (ACC), said last week that “human frailty” is the major problem and that the American aviators need to be trained that the main issue when flying the stealthy jet is the work of breathing. 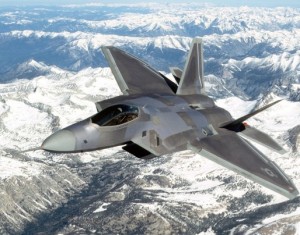 The pride of the US Air Force, the F-22 Raptor fighter jet, has been plagued by problems concerning pilots’ breathing difficulties (Credits: Lockhead Martin).

The safety of the plane manufactured by Lockhead Martin and costing $190 million apiece has been discussed for years. In 2010 the fleet of 187 planes was grounded following a series of fatal incidents. In July 2012 the Air Force announced the main cause of the incidents was in a faulty valve connecting the pilots’ life support vest to the plane’s oxygen supply system. A redesign of the system is expected by the end of 2012.

“The path to resuming normal flight operations hinges on the successful development, testing, and fielding of the modified Combat Edge upper pressure garment valve,” said Maj. Gen. Charles Lyon, the chief of operations for ACC. “This modification will successfully integrate the key component of the F-22 life support system to ensure adequate oxygen flows to the pilot while providing protection in the high altitude and high-G environments where the F-22 flies.”

However, as pointed out by Associated Press earlier this month, a small US Air Force working group was aware of the potential issues years before the actual accidents took place. The working group formed in 2005 even proposed a series of fixes to prevent the hypoxia and breathing difficulties. Some experts even named the decreasing budget of the US Air Force as the main culprit. It was supposedly the lack of funding that led to underestimation of the importance of expertise in flight physiology and Human System Integration. The recent remark of General Hostage somehow seems to confirm this presumption. “There wasn’t any flaw in the airplane,” Hostage said.

– In the video below, hypoxia training is a regular part of the preparation of military pilots: