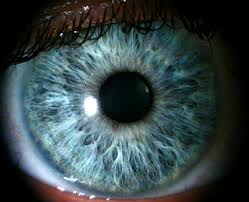 Researchers at General Electric (GE) are developing a new ultrasound technique for monitoring how the space environment affects the vision of astronauts. This project, to be conducted over the next three years will be able to scan the eye and produce a 3D image.  This image of the entire globe of the eye will allow researchers to measure potential changes in the eye’s structure and function. “NASA’s interest is in a tool that can be used to monitor astronauts, in-flight, to watch for changes in eye structure and how the eye functions,” said Aaron Dentinger, Electrical Engineer in the Ultrasound Systems Lab at GE Global Research. “The goal is to develop a new ultrasound probe that has the ability to take an entire volume of the eye with a single scan, providing 3-D information optimized for better image quality, and image-based measurement techniques for tracking changes in the structure and functioning of the eye.” It is generally known that the space environment impacts the human body and causes an accumulation of fluid in the upper body, especially in the head. According to Dentinger this increase in pressure could influence the eye’s structure and affect the optic nerve, which could lead to vision problems. Returning to Earth, astronauts can have limitations in their vision and need adjustments in their vision perception. The main concern is for long duration missions where the damage to the eye could be permanent.  Some astronauts returning from long duration flights have already had irreversible changes to their eye structure resulting in vision quality loss.  There is a need for further understanding of this process as long duration deep space missions may result in astronaut vision loss. Last year NASA replaced the 10-year old ultrasound machine onboard ISS with GE-Healthcare’s “Vivid q” a cardiovascular ultrasound system which was delivered aboard the last space shuttle flight on July 8 2011. The current study will help GE scientists to expand the functionality of “Vivid q” in the future.  Improvements in monitoring the changes in brain pressure will also help the global medical community better understand the causes of traumatic brain injuries here on Earth.  This understanding and the methodologies developed with this new system can be used in emergency rooms for quicker diagnosis and treatment. This project which will cost approximately 1.2 million US dollars,  financed by the National Space Biomedical Research Institute (NSBRI) and GE. The project will start in October 2012 and run for three years. Below, a report that first broke news of significant vision impacts from long duration flight: