On the 30th anniversary of the Space Shuttle Challenger disaster, Space Safety Magazine is publishing articles  under “Witness to Tragedy”, depicting the personal stories and viewpoints of those who witnessed it from within.

I was on JSC Center Director Dr. Christopher Kraft’s staff in a management training position when NASA’s first female astronauts Sally Ride and Judith (Judy) Resnick reported to work at JSC and were welcomed by Dr. Christopher Kraft. Later, I was a Mission Operations Directorate (MOD) Systems Division Branch Chief that was responsible for the Space Shuttle Remote Manipulator System (RMS) that both Judy and Sally trained on to become Mission Specialist operating the RMS. Both were very smart and competitive so the RMS flight controllers in my Branch as well as myself became very close to both of them. They had different personalities – Sally was very reserved and business-like and Judy was very vibrant and fashion-conscious that it was hard to believe she had a PhD in Electrical Engineering. 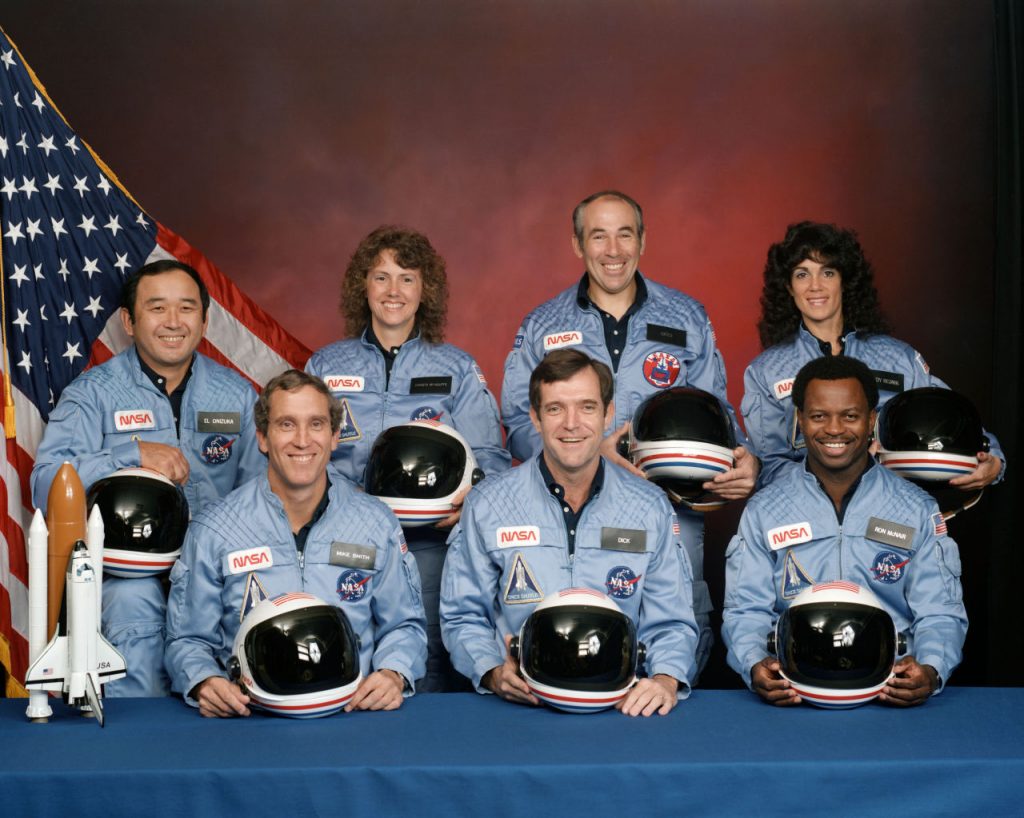 A few months before the launch of Challenger, I was selected to be the Deputy Director of the Safety, Reliability, and Quality Assurance (SR&QA) Office. On the day of the launch, I was conducting a meeting with our SR&QA managers and lead engineers. We stopped the meeting to observe the launch on the TV in the conference room. When Challenger disintegrated, I was shocked by what I was seeing. One young engineer asked if that was staging and I replied that it was an explosion. I stated that we will need to determine what went wrong, carefully examine our SR&QA products and support the teams involved in the investigation. We had all failed and needed to dedicate ourselves to preventing anything like this happing again. Leaving the meeting, I was extremely upset and sad, as it had the impact of losing a close family member and brought back those terrible memories of being on console in the Mission Control Center during the Apollo 1 fire. It was hard to believe that we would no longer see Judy’s vibrant smile and how she would light up the room when she walked in. I also knew and had worked with the Commander of the Challenger crew, Richard Scobee. As I write this article I look at a photograph of the Space Shuttle signed by MOD Systems Division personnel and astronauts and spot Judy Resnick’s signature.

I believe this was not only a major shock to NASA but a much bigger shock to the public than the Apollo 1 fire as this was covered live on TV as the catastrophe happened. Besides the inadequate Solid Rocket Motor (SRB) joint design, it was failure of NASA’s launch management decision process, failure to address the cause of previous mission anomalies with the SRB joint, and operating the Space Shuttle beyond its design envelope (very cold temperatures). I was fortunate to participate in the NASA Headquarters SR&QA Investigation Team which focused on determining what went wrong.