A meteorite that struck southern India could be the first confirmed instance of a death caused by a space rock. 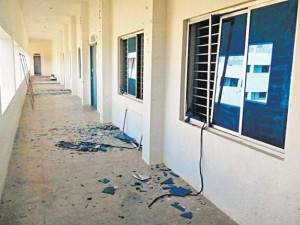 Shattered windows at the college where the meteorite struck. credits: the Hindu

On February 6, a meteorite reportedly fell in the premises of a college in Vellore district in the state of Tamil Nadu. Witnesses described an explosion “that could be heard at least 3 kilometers away”.  The force of the explosion severely injured Kamraj, a bus driver employed by the college, who was walking inside the campus. He later died on his way to the hospital while three other workers also sustained injuries. The meteorite shattered window panes of buses and buildings and left a four-feet deep crater. The Chief Minister of the state confirmed the fatality and announced compensation for the victims. Scientists from the Indian Institute of Astrophysics visited the site and recovered a dark bluish stone reported to weigh about 10 grams. Meanwhile, experts at NASA who examined photographs of the crater suggested that it was more consistent with a land based explosion and not a meteorite strike.

Now lab reports from the National College Instrumentation Facility (NCIF), an advanced laboratory set up by the Department of Science and Technology under the Central government, based in Trichy, conclude that the fragments recovered from the site came from a meteorite.  K Anbarasu, geologist and principal of the NCIF spoke to the Indian Express. He said a preliminary Scanning Electron Microscope (SEM) study conducted on small pieces of black material found near the blast site showed evidence of carbonaceous chrondites ranging in size from about 10 to 50 micrometer. “It was not a common type of meteorite like an iron meteorite or stony meteorite. Only further tests will give us a detailed answer.”

The meteorite has been named ‘BEC-1’, referring to the site and sample number, as per international standards. This is the first time that a meteorite has caused a confirmed fatality. The odds of being killed by a meteorite are very low, about 1 in 250 million. According to data from the International Comet Quarterly, a previous fatality was attributed to a meteorite, although it was never confirmed. 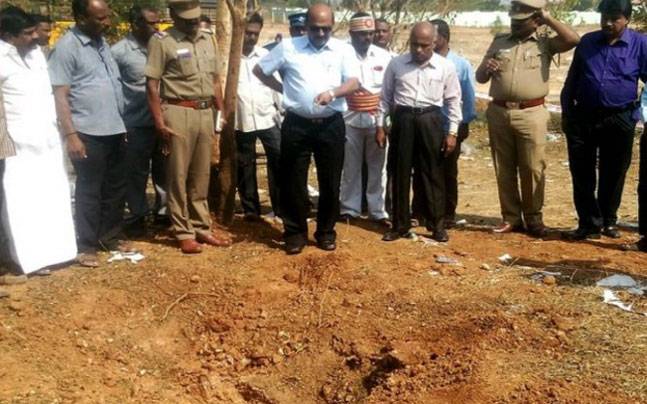 Officials inspect the site of a meteorite strike at a college in Vellore, India. credits: India Today