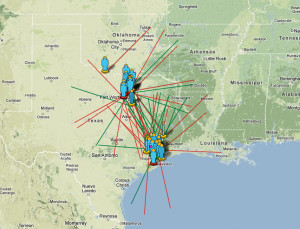 A December 7 fireball seen exploding over Texas in the early morning caused a scurry of speculations before experts finally determined that it was in fact due to a basketball-sized meteor, not space debris as had been originally thought.

The National Weather Service tweeted an initial hypothesis that the object could have been part of Russian satellite Cosmos 2251 reentering the atmosphere before NASA debunked that theory. The American Meteor Society received over 100 reported sightings of the unusually large fireball, which observers reported as sporting flashes of orange and white and a green tail. “Every color of the rainbow has been reported with green being most mentioned,” recounted the society’s Robert Lunsford.

“Most meteors are only the size of small pebbles,” Mike Hankey from the meteor society told Houston’s Channel 8. “A meteor the size of a softball can produce light equivalent to the full Moon for a short instant.” This meteor appears to have displayed an average brightness of -20, which is brighter than the Moon whose maximum brightness is -12.92. For reference, the Sun has a brightness magnitude of -26.74, with a ‘more negative’ value indicating greater brightness.

NASA reported a probable landing area for the meteor, but so far there are no reports of it being discovered. “Preliminary results indicate that there are meteorites from this meteor on the ground north of Houston, Texas – analysis is currently underway to refine the impact area,” said the agency in a statement. “If pieces are recovered, it will be the 13th meteorite fall recorded in the state since 1909, and the first since Ash Creek, which fell in February of 2009.” 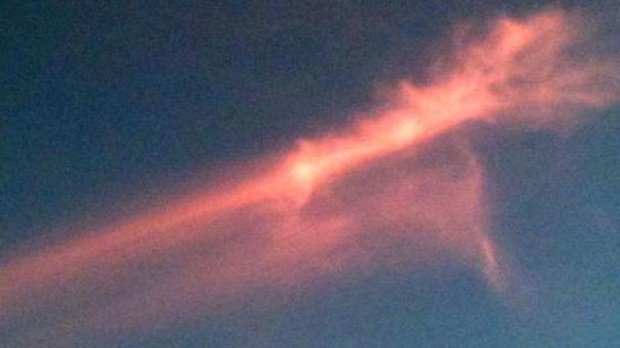 This view of the December 7 was captured by Houston resident Mary Bush (Credits: Mary Bush/KHOU 11).