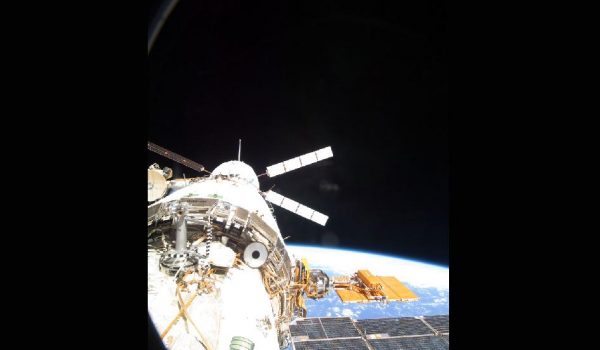 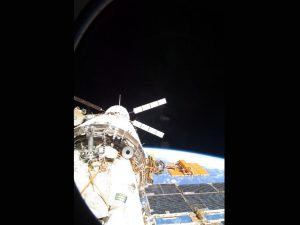 Multi-national flight controllers successfully connected a backup power channel Saturday to the European Space Agency’s “Edoardo Amaldi” Automated Transfer Vehicle (ATV) cargo ship, enabling electricity to flow from the International Space Station to the ATV to set the stage for a reboost of the station Saturday afternoon while avoiding an early undocking of the resupply craft.

The operation involved commanding from the European Space Agency’s ATV Control Center in Toulouse, France to connect a backup power channel in the Russian Equipment Control System or RECS, that is designed to route power to the ATV from the station, much like the SSPTS, or Station-to-Shuttle Power Transfer System did for the Shuttle when it was docked to PMA-2 for station assembly missions. The primary channel of the RECS failed late Thursday during air scrubbing of the interior of the ATV. The cause of that failure is under investigation.

Working together, flight controllers at NASA’s Mission Control, Houston, Toulouse and the Russian Mission Control Center outside Moscow reported that the backup RECS channel was connected to the proper power bus with all relays closed at 12:03 p.m. CDT, enabling electricity to reach the ATV, which automatically docked to the aft port of the Russian Zvezda Service Module on Wednesday. 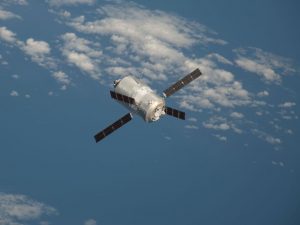 The ATV can either receive power-producing electricity through the RECS or through its solar arrays. But the station will enter a timeframe Monday in which the angle of the sun relative to the station would have made it impossible for proper power generation for the spacecraft’s systems through its arrays alone. Had today’s connection operation been unsuccessful, flight controllers would have begun work for an undocking of the ATV early next week.

To prepare for that possibility, NASA’s Expedition 30 Commander Dan Burbank and his five crewmates gave up their off-duty time on Saturday and began to unload critical cargo from the ATV at 5 a.m. Central time. Working efficiently off of a priority list, the crew moved bags of vital supplies of clothing, food, spare parts and other crew provisions from the European ship to the station and began loading trash back into the cargo vehicle.

After word was received that the power connection had been made and that the path had been cleared for today’s reboost, Flight Director Ginger Kerrick directed the crew to forego any further transfer of cargo for today and for flight controllers to stand down from any additional work to protect for an undocking of the ATV next week.

The station reboost, which is scheduled for 4:54 p.m. Central time Saturday, would only have been possible had the power connection been made from the RECS to the ATV. The reboost, which involves a 4 minute, 51 second firing of the ATV’s primary thrusters, is designed to raise the perigee of the station’s orbit by about 2 statute miles, setting up the proper phasing for the ISS Progress 47 docking to the station on April 22, the undocking and landing of Expedition 30 Commander Dan Burbank and Flight Engineers Anton Shkaplerov and Anatoly Ivanishin on April 27, and the launch of their replacements on the complex, Expedition 31/32 crewmembers Gennady Padalka, Joe Acaba and Sergei Revin, on May 15.

Because the crew pressed into action Saturday for an expedited unloading of cargo from the ATV, they will be given Sunday and Monday off. One of the activities originally planned for next week was the continuing engineering analysis of the Robonaut humanoid robot on board the orbital laboratory. Robonaut activities have been rescheduled for the week of April 9. Scientific research on the station was not affected by the power channel connection work and will not be affected by the rescheduling of other lower priority work.

In the video below Assistant Program Scientist for ISS  Camille Alleyne explains the science payload delivered by the ATV-3: