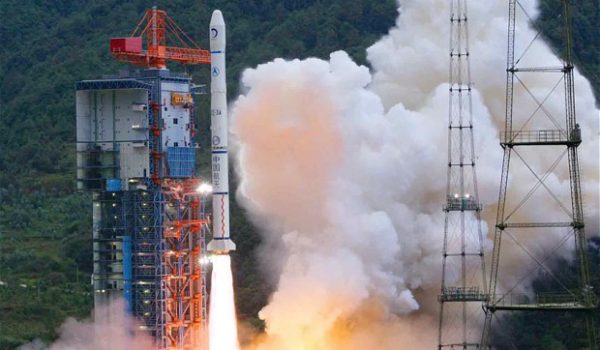 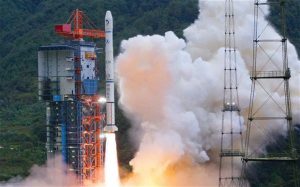 On July 30, China’s state news agency Xinhua reported that the country will launch its third lunar probe in 2013. Unlike the prior two probes, this one is intended to land on the lunar surface.

China’s space program has been developing rapidly. Just this week, the China Aerospace Science and Technology Corporation (CASC) performed a a test fire of its new heavy lift rocket engine, the Long March 5. Long March 5 will run on kerosene and liquid oxygen using a high pressure staged combustion cycle, technology that has been successfully developed only by Russia to date. Earlier this year, China executed its longest manned space mission, including a historic docking procedure with the space lab Tiangong-1. This only 9 years after putting its first man in orbit.

China’s first lunar orbiting probe Chang’e 1, named for the Chinese moon goddess, launched in 2007. Chang’e 2 followed in 2010. Details of this new lunar landing probe have not yet been made public, although China communicated its intention to work towards landing on – and ultimately putting a man on  – the Moon in a space policy document issued on December 29, 2011. No date for this milestone has yet been identified. Such a mission will rely on the Long March 5 rocket currently in development. The rocket is expected to have lift capability of 25 tons to low Earth orbit, 600 kg more than NASA’s Space Shuttle and is supposed to be flight ready in 2014.

According to The Telegraph, Beijing sees its space program as a symbol of its rising global stature. Many economics experts predict that China’s GDP will exceed that of the United States by 2030.