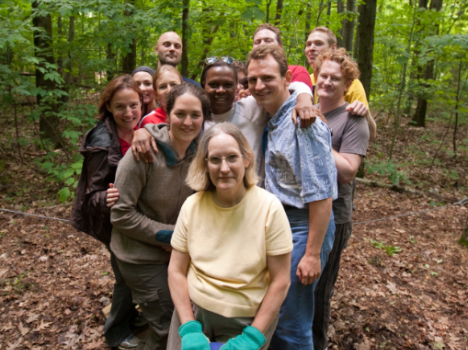 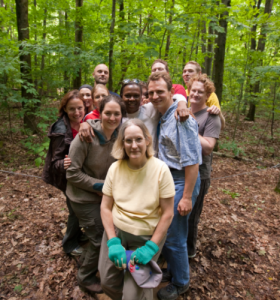 A 120 day Mars mission simulation known as HI-SEAS  (for Hawaii Space Exploration Analog and Simulation) scheduled to begin in early 2013 now has a crew. Six candidates and three alternates were selected from over 700 applicants.

“It was very difficult to narrow the pool down. We had about 150 highly qualified applicants, and pretty much everyone we interviewed would have done very well in the habitat,” said Kim Binsted, associate professor of information and computer sciences at the University of Hawaii at Manoa and member of the research team conducting the study. “We ended up with a fantastic crew, including the reserve crew, who are ready to step in if someone on the prime crew has to leave the study for some reason.”

The simulation is intended to explore the impact of food preparation on astronaut health in long duration spaceflights. Typically, astronauts may experience physiological changes in space that limit or alter their sense of taste. Although an Earth-based analog mission won’t be able to explore such changes, it will address food fatigue caused by a limited menu over extended periods of time. Such fatigue can result in inadequate nutritional uptake and reduced morale. 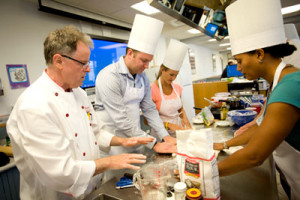 The central hypothesis of the researchers is that cooking their own meals may alleviate some of this fatigue as well as allow for a bit of creativity to keep food tasting novel. The HI-SEAS crew will be responsible for cooking and developing recipes using specially prepared ingredients that could survive spaceflight and not spoil over the duration of the mission. Each member will also have their own research or outreach project on which to work during the mission.

The crew selected was intended to be representative of a real astronaut crew and includes individuals from multiple disciplines and nationalities:

The NASA-funded mission will take place on a lava field at an altitude of almost 3000 m near Mauna Loa on the Big Island of Hawaii. During the four month simulation, the crew will live and work as astronauts, including restricted water supply, close quarters, communication lag and blackouts, and spacesuits to be worn whenever venturing out of the base. The crew has already received a two day cooking lesson and will participate in an additional two weeks of training before the mission begins.

Below, the crew explains why they are participating in the HI-SEAS mission: