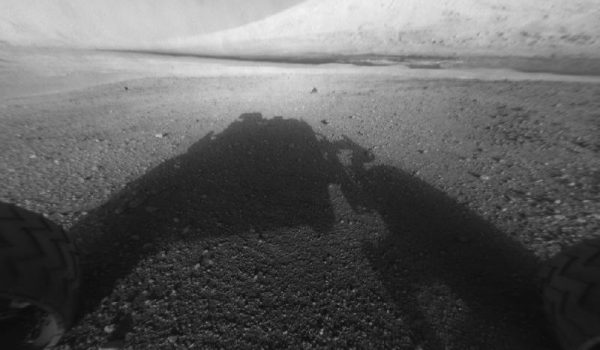 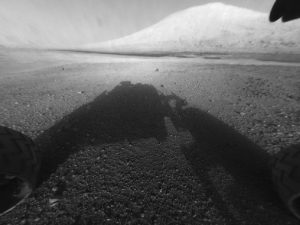 With Curiosity safely on Martian soil, NASA engineers and scientists are digging through data of the landing both to analyze its status and prepare it for the real mission: exploring Gale Crater for remnants of life.

In the hours following Curiosity’s picture-perfect landing, photographs began coming in. First, Curiosity’s hazard avoidance cameras captured the rover’s own shadow and front wheel. But a couple hours later, higher resolution images starting coming in, as well as the first image of Mount Sharp, the 5 km high mountain that sits at the center of Gale Crater and is Curiosity’s ultimate goal. 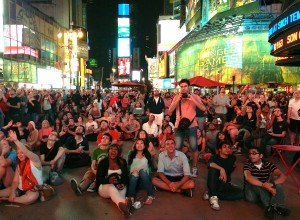 The next major step for Curiosity is unpacking its high gain antenna to allow it to communicate with Earth directly instead of relaying through the three orbiting satellites. But already, the rover is beginning its science mission, taking a five hour radiation reading using RAD, the Radiation Assessment Detector instrument. RAD has already been used en route to Mars, taking measurements of radiation levels that astronauts could experience on a future trip to the Red Planet. 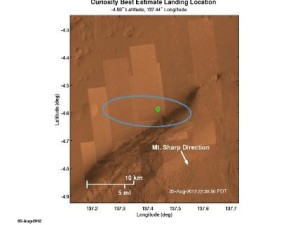 The ellipse was Curiosity’s target landing site; it ended up on the diamond, 2 km off center (Credits: NASA).

Curiosity landed 14 minutes before word reached Earth at  0532 UTC on Monday, August 6. The landing went off flawlessly, with thousands of people around the world waiting in suspense to see whether the novel Sky Crane landing system would actually do its job. A very precisely scheduled image snapped from the Mars Reconnaissance Orbiter caught Curiosity midflight, dangling from its parachute, just before it was gently placed in Gale Crater, 2 km off center but well within its target ellipse. Curiosity is now 6.4 km from Mount Sharp. 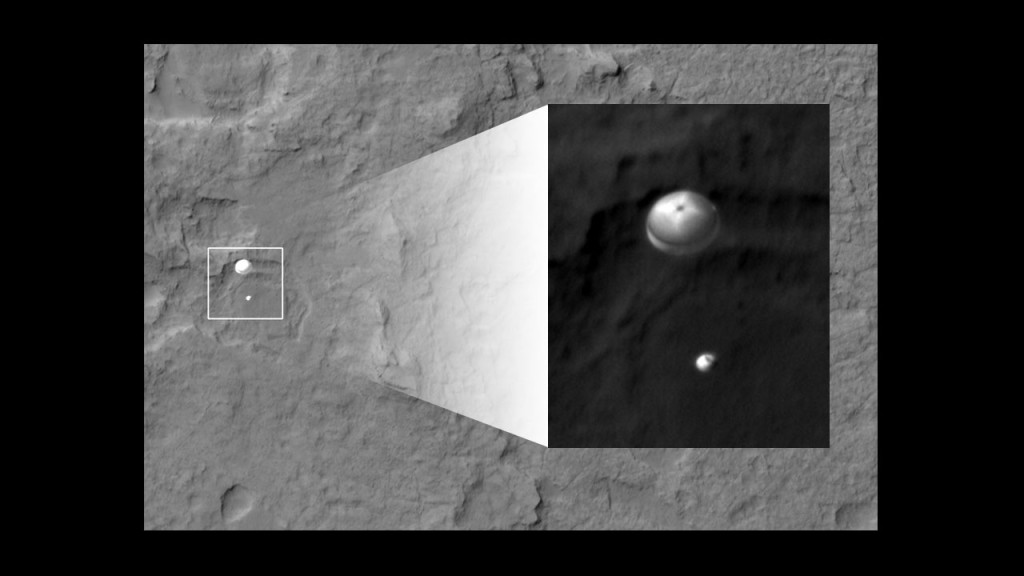