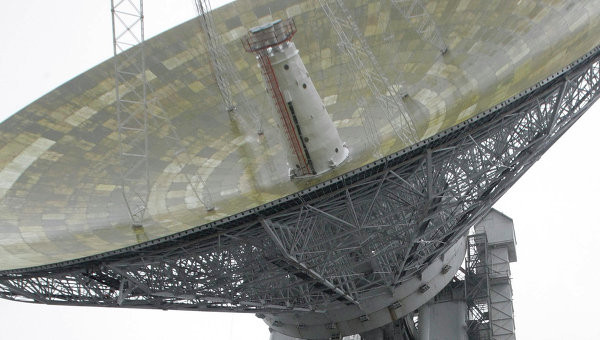 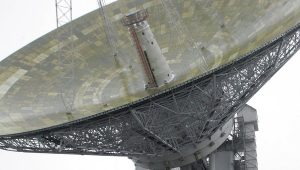 Shortly after the successful November 14 launch of their sixth Meridian dual use communication satellite, Moscow Mission Control lost contact. With everything. Construction workers had severed a communications cable outside the building, resulting in a Mission Control unable to send commands to any of its satellites or the Russian segment of the International Space Station.

State news agency RIA Novosti originally reported the incident at 19:22 Moscow Summer Time, indicating that it would require at least 48 hours to fix the problem. “Communications have been lost between civilian ground-based tracking, command and control stations,” a space industry source told the agency. NASA spokesman John Byerly seemed to think the incident was more superficial, telling AFP that Moscow Mission Control would be up and running within an hour. According to Byerly, this is not the first time Roscosmos has dealt with such issues. “It happens from time to time,” he said.

Although it seems rather bizarre that a nation’s entire space infrastructure should be at the mercy of a single cable, the impact does not seem to be severe. While Roscosmos can’t send commands to ISS hardware, they can communicate with their crew on the station through NASA’s Houston Mission Control. Civilian satellites cannot be sent orders, but they do continue to downlink to their usual ground stations. Military satellites are not controlled from the same location, and so were spared all effects.

Meanwhile, so far as anyone knows, the Meridian 6 satellite has deployed nominally following a launch aboard a Soyuz 2-1a with Fregat upper stage. The launch took place from Plesetsk Cosmodrome, with the newly appointed Russian Defense Minister Sergei Shoygu in attendance. So far the satellite is fairing better than its predecessor, which crashed shortly after its December 23, 2011 launch, falling on a house on Cosmonaut Street in Siberia.