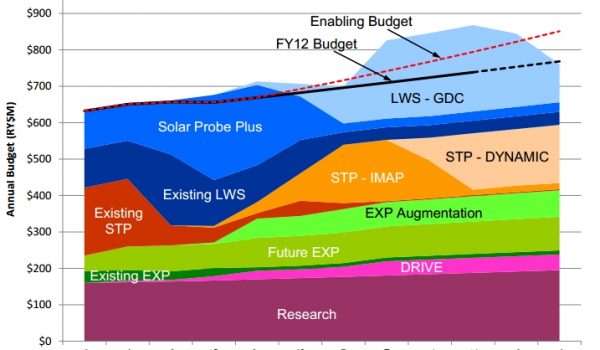 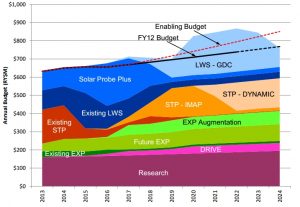 On August 15, the second solar and space physics decadal study report was released. The 85 scientists and engineers who contributed to the study emphasized approaches to bridge gaps in current understanding of the origins of potentially harmful space weather.

“We really have a feeling that the next decade is one that really moves us from a decade focusing to understand drivers of space weather to one that is focused on the responses of that,” said vice chairman of the study and University of Michigan professor Thomas Zurbuchen.

In addition to recommending small and midsized missions that could conceivably be suited to current budget constraints, the study committee set out guiding principles that can be used to prioritize and evaluate future missions. One of the key themes apparent throughout the report is the need to evaluate systems and system interactions in a more holistic fashion. This concern was raised with respect to Earth’s atmosphere:  ionosphere-thermosphere-mesosphere solar effects, as well as interactions of the sun with solar system and interstellar media. The report also highlighted the need to advance space weather and climatology capabilities (SWaC). “Enabling an effective SWaC capability will require action across multiple agencies and an integrated program that builds on the strengths of individual agencies,” the report states.

The Solar and Space Physics decadal study is commissioned by  the US National Academy of Sciences, NASA, and the US National Science Foundation (NSF). It is one of four space-related decadal surveys including planetary science, astronomy and astrophysics, and Earth science and applications from space. The studies are designed to help guide space mission prioritization based on the best information available from experts in those respective fields.

The video below shows a solar filament captured by NASA’s Solar Dynamics Observatory August 6-8. The filament stretches more than 800,000 km across the Sun’s surface. Unstable filaments can release solar plasma eruptions into space: