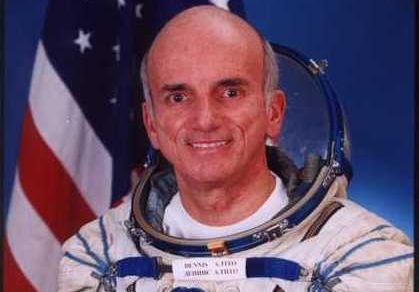 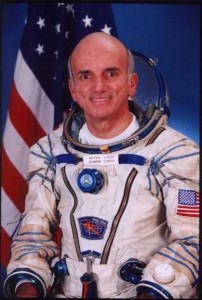 The first space tourist, Dennis Tito, is planning to send a misssion to Mars and back (Credits: Roscosmos).

Dennis Tito, best known for being the first space tourist, is planning to launch a manned mission to Mars in January 2018.

The announcement was issued by the newly formed Inspiration Mars Foundation, in a press release stating that “[the mission] will generate new knowledge, experience and momentum for the next great era of space exploration.”

Other names scheduled to take part in the conference are Taber MacCallum and Jane Poynter of the Paragon Space Development Corporation which creates life-support systems for space and other environments.  The press release also mentioned Jonathan Clark, medical researcher at the National Space Biomedical Research Institute and six-time Space Shuttle crew surgeon who also served as a medical director for Red Bull Stratos.  During the conference, it is expected that the panel will answer questions concerning the technology they want to use and how they intend to keep the crew safe and healthy.

Dennis Anthony Tito is a multimillionaire entrepreneur, and former engineer at Jet Propulsion Laboratories.  In 2001 he became the first commercial space tourist when he was launched aboard Soyuz TM-32 and spent 8 days in orbit as a crew member of the International Space Station . The cost of his trip was $20 million.

Tito’s endeavour to reach the red planet follows the project of another company, MarsOne, that is planning to create a settlement on Mars starting in 2023.