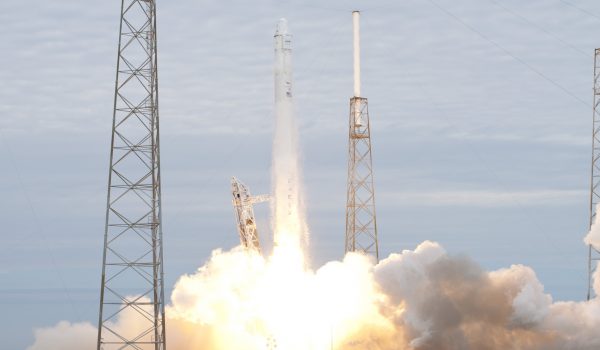 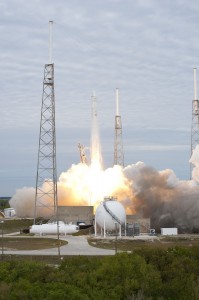 Promptly at 10:10 a.m. local time, a Falcon 9 rocket carrying SpaceX’s Dragon cargo vessel made a picture perfect launch from Cape Canaveral, Florida. There was no sign of the anomaly that had disabled one of the Falcon’s nine engines on the previous mission and separation proceeded nominally.

After Dragon separated, however, a new problem cropped up. The first sign of trouble was the solar arrays: they failed to deploy. It turns out that was due to a programming sequence that required two thrusters to activate to stabilize the craft before the arrays deployed. It quickly became apparent that three out of four thrusters were not activating. With only one thruster operational and only enough power to last about 12 hours, Dragon would not be able to rendezvous with the International Space Station. SpaceX CEO Elon Musk later said that Dragon would function perfectly well if it could get just two thrusters operational, but ISS Program Manager Mike Suffredini made clear that with anything short of three operational thrusters, Dragon would not be completing its mission.

In a suspenseful few hours that played out mostly on Twitter where Musk kept followers updated on developments, SpaceX gradually got Dragon back in working condition. The first order of business turned out to be the solar arrays. Although the preference was to get a second thruster up and running before extending the arrays, that turned out not to be an option; the array actuators were getting cold, and any delay might have resulted in no deployment at all. Extending the arrays actually helped slow spacecraft spin via conservation of angular momentum. With that problem out of the way, SpaceX mission control turned its attention back to the thrusters.

The problem with the thrusters seemed to be low oxidizer pressure. But with each thruster sporting its own oxidizer tank, an anomaly simultaneously occurring in three tanks was unlikely. However, all four oxidizer tanks are pressurized from the same helium tank; that is where SpaceX thinks a blockage occurred, possibly from frozen helium that thawed during the operation, thereby removing the blockage.

Five hours after launch, Musk was able to confirm two thrusters online, with Dragon transitioned to active control. Another hour brought back the remaining two. “Thruster pods one through four are now operating nominally,” he reported. “Preparing to raise orbit. All systems green.”

The orbit raising was successful, and Dragon is now preparing for a late arrival at ISS, one day behind schedule. Instead of a Saturday meet-up, Dragon will now likely arrive on Sunday.

Below, video of Dragon’s launch and separation: