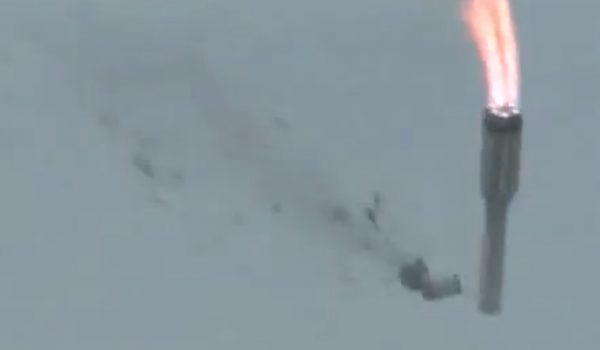 A Proton-M rocket carrying three GLONASS-M satellites plunged to the ground less than a minute after launch. The rocket was seen to sway and spin before losing its nose, shearing off a side, and exploding in flames. There is not yet word on what may have caused the incident. No casualties have been reported; the personnel in the control room who were closest to the launch site appear to be accounted for.

Anatoly Zak of RussianSpaceWeb reports that the rocket was using a Block DM-03 upper stage that had been tested in only one prior test: the December 2010 GLONASS launch that failed due to overfueling of the upper stage.

Watch the disaster unfold in the video below and stay tuned for updates.