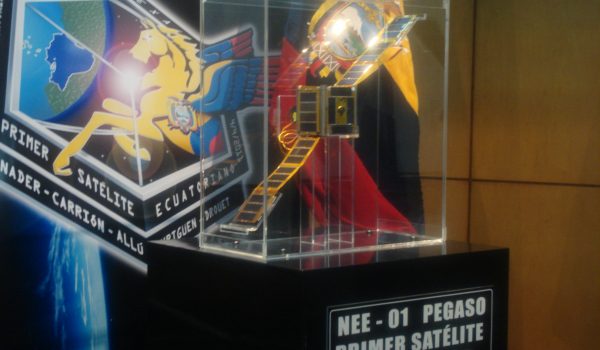 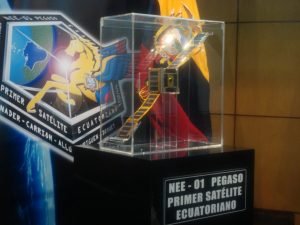 The Ecuadorean space agency (EXA) announced that NEE-01 Pegaso, the first Ecuadorian satellite encountered a field of micro particles left by a Soviet rocket at 640 km of altitude. It is still unclear if the collision may have damaged the satellite. On May 22, the U.S. Joint Space Operations Center notified EXA of a possible collision for the day after, between Pegaso and a Tsyklon rocket body, launched in 1985. The North American Aerospace Defense Command (NORAD) which tracks more than 22,000 objects orbiting Earth, assigned the soviet object the identification number 15890.

“We had NORAD’s confirmation that there was no direct collision” tweeted Ronnie Nader, EXA Space Operations Director and first Ecuadororean trained space tourist, on May 23.

Although it is not clear if the satellite was damaged, it was confirmed that it is still in orbit, although it had some problems in communicating its status. According to Nader, the satellite may be without control although it is possible it is only having difficulty pointing the antenna correctly to establish communications with ground mission controllers. The first attempts to establish contact were not successful. The following attempts confirmed the collision with the micro particles.

Pegaso is 1U nano-satellite of 1.2 kg, launched from the Jiuquan spaceport in China, aboard a Chinese Long March 2D rocket, on April 25. The launch that brought the satellite to an altitude of 650 km, was partially funded by the Ecuadorean government with $700,000. The 10-centimeter long satellite, certified by the Dutch manufacturer ISIS, is able to transmit pictures and live videos from space thanks to a dual visible and infrared camera. At the moment of conjunction, Pegaso was not active since it was operating in a mode that activates the satellite only in the presence of a signal sent by the Ecuadorian ground station.

Ecuador is planning to launch a second satellite, named Kryasor, from Russia in August.