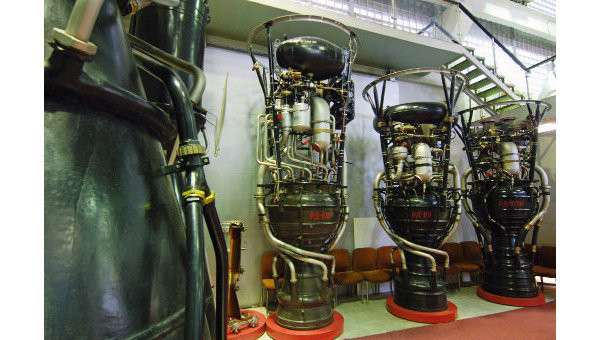 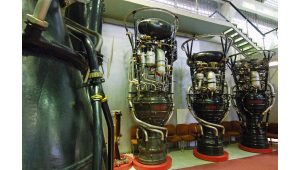 Energomash’s liquid engines. The company has started development of a new rocket engine using Atsetam as a fuel, planning to reduce the cost of rocket launches of about 1/3 (Credits: RIA Novosti).

Experts from Russian manufacturer NPO Energomash “V.P. Glushko” and RSC Applied Chemistry have developed a state-of-the-art high-performance rocket fuel, working on a completely novel mixture of acetylene and ammonia called Atsetam.“A mixture of acetylene and ammonia is 20 times cheaper than hydrogen, as a kilogram of hydrogen costs about 2,000 rubles ($67) and a kilo of Atsetam is maximum of 100 rubles ($3.35),” explained Energomash’s Director of Innovative Technology, Anatoly Likhvantsev.

At the beginning of December 2012, Energomash obtained the first experimental batch of Atsetam, confirming the findings of previous theoretical studies. The batch also proved the effectiveness of the technology developed for the fuel’s production. The new Atsetam fuel is not only cheaper than hydrogen but it can also be easily stored and transported, whereas hydrogen requires special storage and transportation conditions.

Energomash has also started developing an engine to work with the new mixture. The engine will be assembled on the basis of the RD-161, originally designed to work with oxygen and kerosene.  The development will not require major structural changes to existing rocket motors since the physical properties of Atsetam do not differ much from kerosene.

Although the exact engine’s parameters will be determined during upcoming tests that are scheduled to last until 2016, Energomash chief executive Vladimir Solntsev is persuaded that the Atsetam fuel will help increase the efficiency of rocket engines by at least 30% in the future.

Energomash is carrying out work on processing and certifying Atsetam as a prospective rocket fuel application at its own expense, partially supported by the Skolkovo Innovation Centre. In 2013-2014, Energomash plans to develop a technology for generating industrial quantities of Atsetam. It also plans to develop a test bed and carry out firing tests of the new oxygen-Atsetam liquid propellant engine prototype.

If all goes well in the test and certification phase, and depending on funding, the first launch with the new engine will occur in 2017-2018.