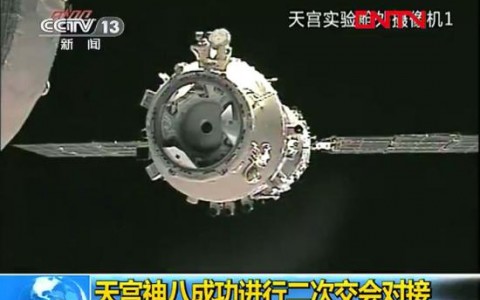 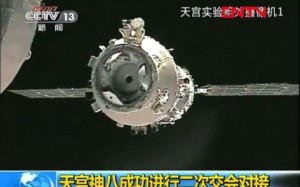 According to Aviation Week, Jean-Jacques Dordain, ESA Director General, met with Chinese officials in March 22-23 to discuss a cooperation in human spaceflight which may include a docking of a Chinese Shenzhou spacecraft to the International Space Station (ISS). “The partnership of the ISS […] can be successful only if we are open to other cooperation or other partners,” said Dordain, “we are raising the question [of cooperation with China] and discussing what we can do.”

ESA and China officials met in occasion of the third Automated Transfer Vehicle (ATV) launch at Dordain’s request. While no concrete proposals is currently defined, Dordain stated that the ISS partners should open up to the opportunity of cooperation with other countries including China, in areas such as astronaut training, life-support systems and utilization of each other’s space station facilities.

“For the moment we cannot dock and rendezvous with the ISS, because our system is not the same as the Americans or the Russians,” said Wang Zhaoyao, director general of the China Manned Space Engineering Office (Cmseo). According to some sources, the Shenzhou spacecraft features a docking port derived from the APAS 89, an International Docking Standard originally developed for the Apollo Soyuz Test Project of 1975 currently used on the ISS. Besides the mechanical docking port, a rendezvous and docking to the ISS would require compliance with procedures and safety regulations set up by the ISS partners. A working group will be established and a meeting will be held in Paris, to discuss the issue of compatibility.

China has recently achieved a successful automatic docking between Shenzhou 8 and their Tiangong-1 prototype space station module. The next Chinese mission, Shenzhou 9, will feature a crew of 3, probably including the first female Chinese taikonaut.

Read: Cooperating with China, Safety is the key!

Video, below, the successful docking between Shenzhou 8 and Tiangon 1.