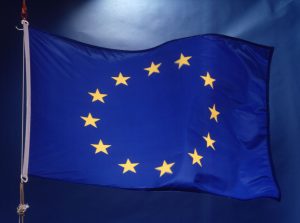 The European Code of Conduct, which was proposed in 2008 and later amended in December 2010, was initially supported by the United States and seemed well on its way to adopting it during 2011.  However, in late 2011, signs began to arise that the United States was slowing down its approach to signing onto the EU Code and officials stated that it would not be signed until 2012.

Then on January 12, 2012, Ellen Tauscher, former Undersecretary of State for Arms Control and International Security made a surprise announcement in answer to a reporter’s question stating the United States would not support the EU Code of Conduct.  Later announcements by the State Department noted that the EU Code of Conduct was too restrictive and presented challenges to national security that the United States was unwilling to accept.

It is not clear by the announcement whether the EU intends to support its own measure or the Code of Conduct proposed by the United States.  It is notable that while the EU’s support of the International Code of Conduct is not a formal signature, but the Council’s decision to take this step is indicative that the EU supports the measure, which is interesting given the fact that its own proposal was flatly rejected less than six months ago by the United States.

For its part, the United States itself may not be politically ready to sign on to its own measure given the political environment at home.  The President is running for reelection and attempts by Congress to inject itself into discussions concerning the Code of Conduct have overshadowed efforts to adopt it.  For its part Congress has threatened to use its powers under the Commerce Clause to block implementation of the Code of Conduct and has introduced as part of a defense spending bill a provision that forbids the expenditure of funds on the implementation of the Code of Conduct should the President sign it. Regardless of these challenges, the EU Council’s support of the International Code of Conduct is a large step forwards for the measure.  However, while this is a positive step in the right direction for its eventual implementation, there are further challenges to be overcome.