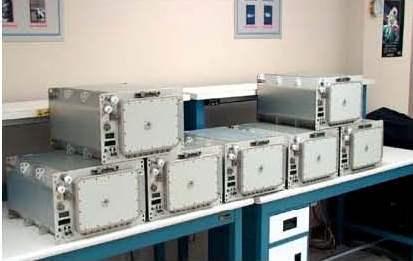 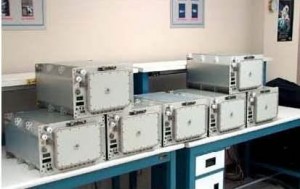 Early Wednesday, a fire alarm was annunciated in the International Space Station’s Destiny Laboratory triggered by the MERLIN 2 freezer. It was a false alarm. Flight Engineer Chris Hadfield inspected the freezer facility and found no issues. Payload controllers at the Payload Operations Center in Huntsville, Ala. powered off the freezer for a time to review data. Crew activities were not impacted by the false alarm.

The Expedition 34 crew members aboard the orbiting laboratory were busy with medical experiments and emergency training Wednesday as preparations continue for the upcoming arrival of the SpaceX Dragon cargo vehicle.

Flight Engineer Tom Marshburn and Hadfield took part in the Integrated Cardiovascular experiment, which is a medical research experiment that studies the atrophy of the heart muscle that occurs during long-duration spaceflight. Researchers use the data collected to help develop countermeasures to keep the crew healthy. The research may also have benefits for people on Earth with heart problems.

Commander Kevin Ford removed and replaced the manifold bottle on the Combustion Integrated Rack in the Destiny laboratory. This facility, which includes an optics bench, combustion chamber, fuel and oxidizer control and five different cameras, allows a variety of combustion experiments to be performed safely aboard the station.

Ford also worked with the voice-activated Crew User Interface System Enhancement, or CRUISE, which is a European Space Agency technology demonstration that hopes to someday improve crew members’ operations and work efficiency aboard the station.

Flight Engineer Roman Romanenko, along with Hadfield and Marshburn, participated in an emergency egress drill in their Soyuz TMA-07M spacecraft. The station crew participates in this routine emergency training to practice their roles and responsibilities in the unlikely event of an evacuation of the orbiting laboratory.

Romanenko and Flight Engineer Evgeny Tarelkin worked with a Russian lower body negative pressure suit that uses suction to simulate gravity to help prepare a crew member for return to Earth, allowing cosmonauts to test their orthostatic tolerance after spending months in the microgravity environment aboard the station.

Tarelkin and Flight Engineer Oleg Novitskiy gathered equipment associated with a new Russian plasma wave apparatus that is going to be installed on the outside of the station during a spacewalk in April. The apparatus will measure the electromagnetic field around the orbiting complex.

The SpaceX 2 mission is set to begin with the launch of the Dragon capsule on Friday at 10:10 a.m. EST from Space Launch Complex 40 at Cape Canaveral Air Force Station in Florida.

The Dragon capsule will be filled with about 1,200 pounds of supplies for the space station crew and experiments being conducted aboard the orbiting laboratory. Dragon is scheduled to return to Earth March 25 for a parachute-assisted splashdown in the Pacific Ocean off the coast of Baja California. It will be bringing back more than 2,300 pounds of experiment samples and equipment.